Angels, Aliens, Atwood and other Archetypes 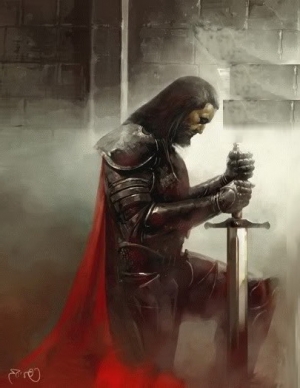 In a June 2005 issue of The Guardian, Canadian writer Margaret Atwood tells us “why we need science fiction” in an article entitled “Aliens Have Taken the Place of Angels”.

Atwood submits that “science fiction as a form is where theological narrative went after Paradise Lost…Extraterrestrials have taken the place of angels, demons, fairies and saints.” Science fiction, she submits, explores the relationship of humanity to the universe. It is “an exploration that often takes us in the direction of religion and can meld easily with mythology,” she says. She cites the obvious religious allegories of Star Wars and Matrix.

Author Brian Ott tells us that, “it is a profound mistake to interpret the genre [of science fiction] literally.” He reminds us that it is not what the aliens are but what they represent that matters. Science fiction is both “the great modern literature of metaphor” and “pre-eminently the modern literature not of physics but of metaphysics,” adds Peter Nicholls, Australian scholar and critic.

How we handle “the other” is a very compelling and illuminating topic. By describing “the other” science fiction writers describe “us”. Who we are and where we might go. It is, after all, through our own eyes that the other is described and viewed.

The most memorable aliens for me have been those that served to illuminate our history and our very humanity, Whether they played the archetype of simple antagonist or misunderstood as "commentator" on human prejudice, insecurities, greed, heroism, compassion and honor. I can think of several aliens who have provided excellent examples of this: the Martians in Ray Bradbury's Martian Chronicles, Klaatu in The Day the Earth Stood Still, The aliens in Alien and the “prawns” of Peter Jackson's District 9. Each provided a platform for the exploration and exposition of human's strengths and weaknesses reflected in the hero.

In an article I wrote for Scribophile about publishing science fiction, I provided an example of our reaction to the “other”: District 9 by Neill Blomkamp, set aptly in an alternate present-day Johannesburg, in which visiting aliens have been incarcerated within filthy ghettos (see my review in The Alien Next Door). The heroic journey of the ordinary human Wikus van de Merwe reflects the global journey of humanity in reaction to the mysterious visitation of an alien race.  Blomkamp’s metaphors to our jaded history of prejudice and racism are clever and vary from the subtle to the obvious. While many viewers saw no further than the thrilling elements of the movie—alien visitation; kick-ass weapons and cool creatures getting blown up—District 9 conveyed a powerful allegory that asks unsettling questions about colonial powers. Critic Frederic Jameson reiterates, “Science Fiction is in its very nature a symbolic meditation on history itself.”

Two examples of aliens that span the full range from empathetic to incomprehensible include Spock in Star Trek and the ‘self-aware’ planet in Stanislaw Lem's Solaris. Both provide excellent commentary on the human condition and what it means to be human (the prime focus of science fiction). Although Spock is very human-like in appearance, he behaves quite differently in culture, physiology and philosophy. This makes him a less intimidating commentator on humanity's strengths and foibles. The audience identifies with Spock and feels compassion for him while acknowledging that he is different and accepts his commentary.

Solaris, on the other hand, epitomizes the "other", a force and entity unrecognizable and unfathomable. Lem's existentialist portrayal of "the other"— and of humanity—serves as excellent commentary on what is important to us and our identity. Unlike the familiar human-like figure of Spock, Solaris accomplishes this through arcane manipulation of our dreams and yearnings. We never understand its motivations or intelligence, yet we are drawn to its force and reflective mirror of our souls. It is its very incomprehensibility that attracts us, as to an abstract artwork, and challenges our very identities.

Ultimately, “We want wisdom,” says Atwood. “We want hope. We want to be good. Therefore we sometimes tell ourselves warning stories that deal with the darker side of some of our other wants.” Atwood’s The Handmaid's Tale and Oryx and Crake, and her most recent After the Flood fulfill such exploration of humanity’s virtues—and vices—through a dystopian construct and social tragedy.  “The history of the 20th century, where a couple of societies took a crack at utopia on a large scale and ended up with the inferno, would bear out that we have a better idea about how to make hell on earth than we do about how to make heaven,” reflects Atwood.

According to Atwood, science fiction better than a socially realistic novel explores the consequences of upcoming technologies and scientific discoveries, by showing them as fully operational. “We've always been good at letting cats out of bags and genies out of bottles,” she says. “We just haven't been very good at putting them back in again. These stories in their darker modes are all versions of The Sorcerer's Apprentice: the apprentice finds out how to make the magic salt-grinder produce salt, but he can't turn it off.” Again, Atwood is talking more about human nature (the theme) than technology (the plot element).

Evoking one of my favorites, William Blake, Atwood shares that it is “still the human imagination, in all its diversity, that directs what we do with our tools. Literature…lets the shadowy forms of thought and feeling—heaven, hell, monsters, angels and all—out into the light, where we can take a good look at them and perhaps come to a better understanding of who we are and what we want, and what the limits to those wants may be. Understanding the imagination is no longer a pastime, but a necessity; because increasingly, if we can imagine it, we'll be able to do it.”

And speaking of imagination and doing something with it…Yesterday I finally saw the movie Prometheus (still playing in the theatres in Toronto). This science fiction movie by Ridley Scott has had the Internet wildly tweeting and blogging with interpretations that spanned from theories of “space-Jesus” to ancient aliens and panspermia. The movie provides a sweeping canvas on which to explore philosophical, spiritual and scientific questions important to humanity: values and morality like greed, bigotry and racism (through the synthetic being of David), faith and altruism (Shaw); how and why we came to be; what the soul is and what our purpose is. From its arcane references to biblical text in the Planet’s name to the cross hanging around Shaw’s neck, the movie ultimately examines our quest for God (or to be Godlike…) and its consequences.

That the film and the spaceship are both named Prometheus is apt, says Marc Newman of Flicks & Faith. “In Greek mythology, Prometheus was the Titan who, in pride, determined to steal the fire of the gods and is a symbol of the tragic consequences of overreaching.”  My previous article “A Rose by Any Other Name” discusses the symbolic importance of names in storytelling. No where is this more true and important than in science fiction—the literature of metaphor and allegory.

So, why even make that impertinent statement about needing science fiction? Why do we feel the need to defend this genre and the aliens in it—as I often feel compelled to do? Well, that’s fodder for another article; so, I leave you simply with my own defense, or rather one provided by my personal hero SF author Ray Bradbury and what he so eloquently told me: everything in story is metaphor: from heroes and their mentors and antagonists (whether angel or alien), to premise and entire worlds.

A Rose By Any Other Name... Reviews for Hire and the Killing of Literature