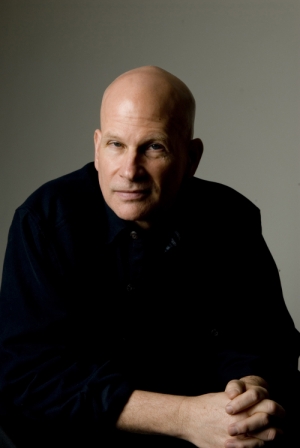 Last week author David Corbett graciously offered to answer the top writing and publishing questions the Scribophile community had for him. We've got his responses ready for you—there's tons of great insight here.

David is the author of four critically acclaimed novels, all published by Ballantine, a Random House imprint. He has taught writing at the UCLA extension's writing program among other venues, and his new book, The Art Of Character, was just released by Penguin.

Elizabeth Carlton: When do you know it is time to let go of the creating/revising cycle and begin the marketing part of the book's journey?

David Corbett: I have a quote from a fellow writer taped to my computer: If you’re not physically nauseous at the sight of your book, you’re not done. Although I don’t totally subscribe to that, there is always a sense you could do more. Kafka felt all human misfortune resulted from abandoning tasks too soon (he was probably joking). I think at first you need trusted readers who can tell you where the writing is working, and where it’s not. You come to internalize you’re best supporter and worst critic, and let them fight it out. Sooner or later you reach a point where an inner voice says: It’s time. Usually that voice’s name is Deadline.

Adeline Gale: Now that you've gone through it and have more books out, what advice do you have for those unpublished writers behind you, that want to take their work to the "next level" (publication)?

DC: Fasten your seatbelts—looks like we’re in for a bumpy ride. The publishing business is imploding, and it’s just easier for agents and editors to say no than yes. It really has reached the point that unless your manuscript is brilliant, or likely to appeal to a mass middle of readers, you’re out of luck. I don’t think raising the bar is a bad thing; we should be trying to write not just good books but great books. But there is, always has been, and always will be a vast sea of middling stuff that gets published that readers can latch onto for easy entertainment. So I’d say: Swing for the literary fences or swing for the firm middle ground: a good story that tugs at the heartstrings or keeps the reader up at night.

Adeline Gale: If there was one thing that you wish you knew when you were a young writer, what would it be?

I wish I’d understood how unforgiving the publishing business can be, and how to embrace the marketing aspect a bit more mindfully. I just wrote the best books I knew how to write, and received very generous and humbling praise for them. Sadly, that’s not nearly enough to make a career. But with teaching and editing I do okay, so I’m not complaining.

Boris Nikolaevich: I find that the depth of my characters is somewhat limited by my own experience, despite my imagination. How can I learn to develop unique characters whose depth goes beyond my own, or whose experiences differ from mine?

DC: If both your own experience and your imagination are short-selling you, you may need to look at real people through memoirs and biographies and take a little here, a little there, and stitch it all together into something new. The key, though, is you have to feel a certain fascination with the character. You may need to do something startling with your memories or your imagination to rekindle that sense of fascination with your own inner life. In the black recesses of your mind, there is plenty that’s wild and grand and terrifying. I’m always amazed at how students respond when I make them dig up moments of profound guilt, or shame, or terror. The writerly writing fades away, and the truth comes out. You may need to tell yourself: Okay, I’m going to risk being wild and insane and black and grand. I’m going to write from where my fear is. Make sure your own heart is beating fast. Make sure you really, truly care.

Boris Nikolaevich: Besides the main character and (usually) an antagonist, how much character development should go into the "supporting cast"?

DC: I devote a whole chapter to this in The Art Of Character, and I obviously don’t have the space here to give this question its full due. But secondary characters, because they’re usually easier, less challenging to write, can often turn into scene-stealers, and have to be controlled. Remember that the core conflict is between the protagonist and the opponent, or the protagonist and the core problem, challenge, enigma, or disaster he’s facing. The secondary characters are there to flesh out the main characters, to give them someone to react to and thus reveal their complexity and depth. To the extent their back stories and psychology/morality/sociology reflect upon the core conflict or the personalities of the main characters, or give the main characters something meaningful to reflect upon or deal with, then those aspects of the secondary characters are worth developing. Look at the film Michael Clayton. The cast of secondary characters all bring something unique out of the protagonist, Michael, or the opponent, Karen Crider (Tilda Swinton). No one is there for the sake of mere color, and all are developed in quick, bold strokes.

Wendy Bristow: What is your personal list of "shoulds" and "should nots" when it comes to writing a story? Is there a conscious effort to follow writerly advice like show don't tell, ditch adverbs, get into the head of a single POV and stay there, limit use of dialog tags beyond said? Why do you think some novels that don't necessarily follow these credos still become best-sellers?

DC: Well, I was about to say I don’t have a list of shoulds and should-nots, but I instinctively follow all of the little dictums you cited, except I’m not as phobic about adverbs as some. That’s just good, strong writing. But you also have to develop an instinct for following where the story takes you, and letting the other stuff fall into place during rewriting.

Why do imperfect books sell? Because the marketing department knows there are readers for them. The books have a great, easily pitchable concept and deliver a solid story that the average sixth grader can follow. Jim Patterson got rich by writing books for people who normally don’t read and pitching them like chunky soup (he came from marketing). Don’t think that hasn’t changed the way we read and write. Even A.M. Homes’s new book is paced far more briskly than the average so-called literary novel. She’s been writing for TV the past few years, and has learned the value of short dramatic scenes and rapid pacing.

Rebecca Worne: Have you ever gotten part way through a novel and decided to change your MC, or any of your other primary characters? If so, when and why?

DC: Short answer: yes. I normally write with three main characters in mind, and their interactions provide the moral and dramatic complexity I like. I sometimes don’t know who will truly carry the story until I sit back from the first 100 pages or so and ask myself: What’s this about? This happened with the book I’m writing now. I had to decide who changed the most in the book, and whose change was the most dramatic, and who would most likely inspire the greatest reader empathy and interest. Once I answered those questions I knew who the main character was, and who should receive the greatest focus. But the other two main characters still had their own strong threads.

cybertommy: To quote: "...we can personify anything but we have to leave open ended our sense of the character's potential so that his behavior retains the element freedom and surprise needed to make him compelling." Question: how does the element of surprise make a character compelling?

DC: A character who can’t surprise you is a crank-up doll—or a plot puppet. You already know what’s coming. What you’ve seen is what you’ll see again.

Readers want to be engaged, and the ways you engage them is through empathy, strong conflict, meaningful reveals, and the element of surprise. We gain empathy for a character through her engagement in a meaningful struggle for something we can understand. And if the struggle is meaningful, it will also be difficult, which means she will fail more often than she succeeds. Repeated failure normally forces us to try something new, out of the box, utterly unexpected. This creates the capacity for surprise.

Jeff Suwak: Do you do a great deal of outlining before you write? Or do you just write and see where the story goes?

DC: Mostly, I outline, but that’s just a way for me to familiarize myself with the story, the characters, the setting, and the themes I want to explore. Often I write down bits of dialog that come to me or other scenic elements I think will work as well. I do this until I have a deep intuitive sense of the story and its world. Once I have all that down, I throw it out and just begin to write. I may refer back to it to see if I thought of something important (or brilliant) during the outline phase that I’ve now forgotten, but I deliberately do not follow it like a blueprint. I trust my intuition to guide me, because I’ve prepped my intuition so I can be imaginative and improvise.

Every now and then, though, I just walk off a cliff. Mostly in short stories. I’d stall out if I tried to write a novel like that.

Join me in thanking David for taking the time out of his busy schedule to answer your questions. Keep your eyes open for more great interviews!