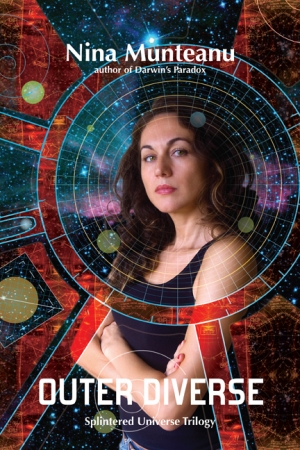 For my birthday tomorrow, I’m heading to the cinema to watch the popular — and somewhat controversial — Hunger Games. Well, controversial among some critics and followers of critics, anyway. I came across a particularly juicy tidbit by critic Jeffrey Wells on Hollywood Elsewhere, in which he attributed the movie’s success to “reviews by certain female critics” who are “susceptible to the lore of this young-female-adult-propelled franchise.”

Whether this was true or not — and I highly doubt this — it brings up another stirring question: that of gender-bias. Is it truly still hard for a man like Wells to accept and enjoy a story which feature’s a female heroine?  Is it so hard to see a woman as a person first: championing a cause, delivering a world from evil and injustice, overcoming a great obstacle to become enlightened?

I think of my favorite stories in literature, peopled by men and women; all heroes: Tess of the d’Urbervilles, Fahrenheit 451, King Lear, Solaris, The Grapes of Wrath, 1984, Doctor Zhivago, Brave New World, and To Kill a Mockingbird — to name just a few. The gender of the hero I empathized with was irrelevant. What remained important was their sensibilities and their actions.

It got me thinking … What does it take to be a hero—a female hero— particularly? And does there need to be a difference? The tweets and FB talk and internet buzz out there imply that male heroes differ from female heroes; they embrace differing quests and archetypal roles and reflect different qualities.

For instance, the male hero stereotype in literature and films of western culture is often characterized by strength, courage, integrity & honor, intelligence, assertiveness, single-mindedness, faith in his quest, and boundless determination: he is the altruist warrior, often acting alone against an unfair society through his conscience. All traits honored, respected and esteemed in men. In a woman, these Boadicean qualities often qualify her as “a bitch” or “a guy in drag”. She may be considered unwomanly, unlady-like, intimidating and perhaps even a “tomboy” with lesbian tendencies. Not the sort of girl you would take home to mummy. The exciting Becky Sharp to the prosaic but sweet Amelia. And God forbid that she be more intelligent than her male counterpart!

For a woman to qualify as “hero” then, must she shed her feminine qualities of compassion, kindness, tenderness, and nurturing, to express those hero-defining qualities that are typically considered “male”? Are they so diametrically opposed? I think not. I know not. Truly three dimensional woman deserve better than that in literature and other story media.  I have seen too many 2-dimensional female characters limited by their own stereotype; limited to a 2-dimensional role of enabling the “real hero” on his journey through their belief in him: as Trinity enables Neo; Hermione enables Harry; Mary Jane enables Spiderman; Lois enables Superman; etc. etc. etc.

In an opinion piece in The Detroit News, Tom Long tells us that the women in top hero-style movies have usually been and still are portrayed in “romantic, sidekick or comedic roles. Often they’re waiting to be rescued (think Princess Leia). And some of them are part of action ensembles [think X-men].” Token figures to provide added “spice”, edge and diversity. This is, according to Gitesh Pandya, editor of a box office analyst site, because female-driven action movies have a hard time selling. “Most of the action films that have become huge hits are either male-driven or ensemble.” Pandya goes on to suggest that this is because more tickets are purchased by men than by women. “The film industry has been male-dominated for so long, the people who are creating and financing these films typically put men in there as heroes.” And yet women read far more fiction than men (by a 4:1 ratio according to some sources). We are in dire need of balance and we hunger for a female hero.

“What does it mean for our nation or our world if we treat [women] by a different script? What are we clinging to when we cling to that script that women need men’s protection?” said Ann Folino White, assistant professor at Michigan State University. She does well to call it a script when the storytellers of a culture define our humanity: who and what we are, our values and what we strive to be. Storytellers are the shamans of our culture and our time. We are the visionaries of our future.

I've started this list of recommended books with strong female heroes and leads in narrative. There are many more. Please add yours.

The Hunger Games by Suzanne Collins (Scholastic Press). 2008. A series of books about teens forced to fight to the death on television.

The Steel Seraglio by Mike Carey, Linda Carey, Louise Carey and Nimit Malavia (Chizine Publications). 2012. A novel about the women of a harem in an ancient Middle Eastern kingdom, who forge themselves into an army after they’re exiled from the city of their birth — and then return to claim the city for themselves.

The Splintered Universe Trilogy by Nina Munteanu (Starfire World Syndicate). 2011/2012. This trilogy, starting with Outer Diverse, follows the quest of Galactic Guardian Rhea Hawke who must solve the massacre of a spiritual sect that takes her on her own metaphoric journey of self-discovery.

Darwin’s Paradox by Nina Munteanu (Dragon Moon Press). 2007. An eco-thriller about a woman unjustly exiled for murder and her quest for justice in a world ruled by technology and scientists.

The Diary of a Young Girl by Anne Frank. 1942. A powerful reminder of the horrors of war and an eloquent testament to the human spirit.

His Dark Materials Trilogy by Philip Pullman (Laurel Leaf). 2003. A fantasy alternate world adventure about a young girl who discovers that the fate of the universe lies in her hands.

A Handmaid’s Tale by Margaret Atwood (Anchor). 1998. A chilling fable of the near future, about a monotheocratic government where women are strictly controlled and assigned roles.