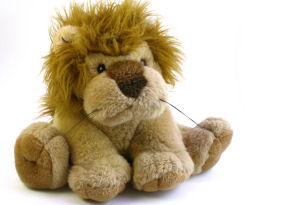 Writing is like lion taming. One grammatical slip, one transposed letter, one misplaced contraction, just one false move, and it’s over. You’re done for. You instantly lose credibility to the reader, and the lion eats your legs and uses your arms as toothpicks. English is a complicated language, and it’s easy to make a mistake. We’re going to go over the most common mistakes writers make and how to avoid them—and how to keep that lion hungry.

Where to put apostrophes

One of the easiest mistakes to make is putting apostrophes in the wrong places. At first glance, it may seem like a bunch of complicated rules decide where apostrophes go, but in reality you can break it down to two easy-to-remember rules of thumb:

When an object owns something, you show that with an apostrophe followed by an s. For example:

The lion ate the clowns shoes.

The lion ate the clown's shoes.

Here, the shoes belong to the clown, and we indicate that by writing ‘s after "clown."

If the object that owns something is plural and already ends in s, then we indicate possession by placing the apostrophe after the plural s. For example,

The gang of monkeys’s favorite pastime is teasing the lion.

The gang of monkeys’ favorite pastime is teasing the lion.

Here, the gang of monkeys is plural, and already ends in s. So, instead of writing “monkeys’s,” we write “monkeys’ ".

When you’re creating a contraction (two words that combine into one) you indicate the contraction with an apostrophe.

Some common contractions are:

And that’s it. If you’re thinking of putting an apostrophe somewhere and one of these rules doesn’t apply, don’t do it!

Confusing Their, There, and They’re

We just learned that apostrophes can be used for contraction, so we can guess that “they’re” really is just short for “they are.” If you find yourself using “they’re” and can’t replace it with “they are,” then you’re making a mistake.

“Their” is a possessive pronoun, like “our.” You’d use it when indicating that a group of people own something. For example,

When the crowd hears the lion roar, their hair turns white.

Here, the hair belongs to a group of people, so we use “their” to indicate possession.

“There” is used for when you want to refer to a place. For example,

The lion’s cage is over there.

We can imagine the speaker pointing to the cage, indicating that that’s where it is. In this case, we use “there.”

Confusing these three is an extremely common mistake, but a mistake that’ll almost certainly get your manuscript tossed into the garbage without a second thought. It's worth it to remember the differences.

Confusing It and It’s

Again, we’ve learned that “it’s” is a contraction. But this is a tricky one, because didn’t I just say that you use ‘s to indicate possession? Well, what if “it” owns something? WHAT DO WE DO?!

Well, as it turns out, we've just uncovered one of the devilish tricks of the English language. If “it” owns something, the correct way to say so is “its.” Think of “its” as meaning “that which belongs to it.” For example,

The lion chewed happily on it's meat.

The lion chewed happily on its meat.

The apostrophe rule above might lead you to believe that we should be writing “it’s” here, but this is an exception. The correct way to write this sentence is to use “its," because "it's" is already short for "it is."

The clown’s ether-soaked rag had its intended affect on the victim.

The clown’s ether-soaked rag had its intended effect on the victim.

Did the lion taming show effect you as much as it effected me?

Did the lion taming show affect you as much as it affected me?

Just remember that “could of” and “would of” are never right in any case. You always mean to say “could have,” “could’ve,” “would have,” or “would’ve.”

I could of written about pretty petunias, but I like lions.

I could've written about pretty petunias, but I like lions.

Confusing Who and Whom

This one’s a little tough, but with this rule of thumb you can be right 95% of the time. If you’re ever unsure of whether to use “who” or “whom,” replace it with “he” or “him,” respectively, and flip the sentence around so that it makes sense if you have to. This is probably better described with an example:

Who was the lion chasing? Becomes

Was the lion chasing he?

Whom was the lion chasing? Becomes

Was the lion chasing him?

Whom went after it? Becomes

Him went after it.

Who went after it? Becomes

He went after it.

Fortunately, even grammar pros often make this mistake, so it’s a harder one to catch. But if you remember the rule of thumb, then you’ll be sure to impress.

These are just a few of the more common pitfalls in the language. It's tough to learn and even tougher to learn correctly, but if you're serious about being a writer, these points are absolutely essential. When it comes down to it, they make the difference between the bookshelf and the recycle bin.

Letting It All Out: Sylvia Plath And Confessional Poetry Yes, But Do You Want Anyone To Read It? An Intro To The World of Agents, Editors and Publishing