Know Your Neoclassicals (And Other Interesting Periods)

As I’ve mentioned before, familiarizing yourself with the historical context of a work of literature is extremely helpful, and often necessary, for its full understanding and analysis. One way to go about this is to research the context of each individual piece, but that’s a lot of work. It turns out that having a general knowledge about the major literary periods throughout history is usually enough to give you a deeper understanding of what you’re reading. Let’s go over a few of these and see why they’re important! 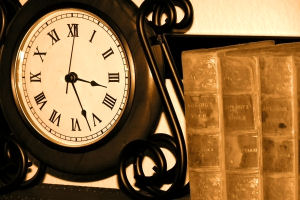 The concept of marking major periods in literature does have its limitations, as it’s impossible to group all literature of a certain time period under a single umbrella, but it’s generally accurate. It provides another system of classification beyond genre, which is extremely broad, as it chronologically orders literary and cultural data.

Below is an overview of some of the major periods of literature, with definitions taken from A Glossary of Literary Terms by M. H. Abrams.

Just by knowing how works are categorized in terms of their place in history you already know a whole lot more about the work. Now when you hear the terms “neoclassical” or “postmodern” bandied about, you’ll know what they mean!

How Do I Know If My Idea Will Sell? An Intro To The World of Agents, Editors and Publishing, Part 2 Keeping The Purple Out Of Your Prose