More Than Just A History Lesson

When reading a work of literature there are certain questions that we should ask ourselves in order to adequately analyze and evaluate its content, like: “How does the author’s syntax and diction reveal underlying themes of the work?” or “How is the use of a narrator employed?” or “How do the characters interact with one another, and what are their motives?” Though such questions are undoubtedly beneficial to the exploration of literature, perhaps the best question to begin with is: “What’s the historical context of this work?” Whether we like it or not, history is a key part of literature, as a writer’s environment undoubtedly affects their experiences and therefore their writing. Though it’s possible to simply pick up a book and analyze it, knowing the historical context of a piece of literature is always helpful and can even be necessary for the full understanding of the work. 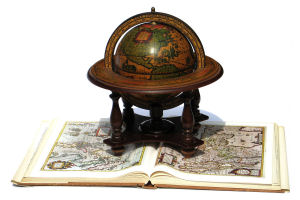 To reference a well-known work of literature, the understanding of The Grapes of Wrath by John Steinbeck is very much dependent upon its historical context. The novel tells the story of a family, the Joads, suffering the economic effects of the Great Depression. The Joads are forced to leave their home in Oklahoma after their crops are destroyed by the Dust Bowl and the government repossesses their farm. As they travel across the country searching for California’s rumored prosperity and opportunity, the reader gets a feeling for the gravity of the country’s economic situation. Though the history of the Great Depression may be familiar to many of us as Americans, the fact that historical context is important still remains. Because we know the actual historical experiences of the time period, we can take our interpretation of the text beyond the level of mere plot analysis and more deeply explore Steinbeck’s political message.

When reading older literature, it’s especially useful to familiarize yourself with the historical context of the work. Let’s say, for example, that you find yourself in an English Literature class and your professor assigns you the poem “Absalom and Achitophel” written in 1681 by John Dryden. If you were to read it without knowing the history of the time period in which it was written, you’d undoubtedly be lost. On one level, the poem references the well-known Bible story of Absalom’s rebellion against King David (in which he was influenced by his advisor, Achitophel). But to think that the poem is merely retelling a Bible story would be an error, for Dryden’s purpose in writing “Absalom and Achitopel” was undoubtedly to make a political statement. At this time, Charles II, the king of England, had no legitimate heirs, and there was much debate over who should take over the throne. Though customarily his brother James would rule next, his suspected Roman Catholic sympathies made him an unpopular candidate. Many fervent Protestants thought that the Duke of Monmouth, one of the King’s illegitimate sons, should rule. Using the Biblical allegory, Monmouth is therefore represented by Absalom, King Charles by David, and so on. Try figuring out a poem like that without knowing the history behind it!

Obviously not everyone spends their time reading political British poetry of the 17th century, which may make the previous example seem inapplicable to the common reader. But even in modern popular literature the historical context of a work is important. A novel called The Kite Runner, by Afghan-American author Khaled Hosseini was published only a few years ago in 2003 and has already received much acclaim. One of its most powerful aspects is the relationship between the main character, Amir, and the son of his father’s servant, Hassan. Amir and Hassan are childhood friends growing up, but their difference in social status and ethnicity becomes more of an issue as they mature. Hassan is a Hazara, which is an ethnic group consisting of Shia Muslims who were treated as lower class citizens during this time in Afghanistan. Hassan’s ethnicity plays a key role throughout the work, and just a small amount of knowledge pertaining to the different groups in Afghanistan aids in better understanding character dynamics and other aspects of the plot. Furthermore, the novel takes place during the fall of the monarchy in Afghanistan after the Soviet invasion, and features the mass emigration of refugees to the United States and Pakistan and the merciless reign of the Taliban regime. A general knowledge of the time period is therefore valuable when reading and analyzing The Kite Runner, even though it’s a more modern and seemingly accessible text.

Right now you might be thinking that it sounds terribly troublesome to have to become a historical expert on the time period/country of every book or poem that you read. But really all it takes is a quick Wikipedia search or even just reading a short biography of the author to gain important insight. It’s not required that you learn everything about the history surrounding a text, but it can be helpful to know of the major historical events or movements that may have influenced the writing. Even a small amount of information can open up an entire new topic of inquiry and contribute to a fuller understanding and appreciation of the text!

Yes, But Do You Want Anyone To Read It? An Intro To The World of Agents, Editors and Publishing Contest Entries, Critiquer of the Month, and Housekeeping