Reconciling Yesterday’s Future with Today’s Past 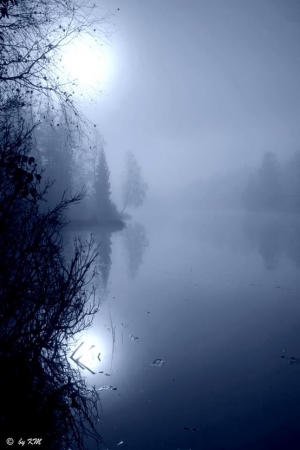 Yesterday The Canada Writes Sci-Fi Twitter Challenge occurred. Writers had from 9 am to 9 pm ET to teleport themselves 100 years into the future and Tweet back the most profound, funny, prescient or downright silly news they could think of.  Sponsored by CBC Canada Writes, the contest spawned a host of impressively imaginative if not ludicrous visions of the future; like talking cats, mind-melding, and sentient carrot overlords. To read the short-listed tweets guaranteed to entertain and enlighten, go to the Canada Writes site on CBC Canada. Final judging and handing out of prize iPhones will occur on Halloween, October 31, 2012.

Our predictions and visions of the future are certainly predicated on our perceptions of the present and the past. So, what happens when yesterday’s “future” collides with today’s past? Well, retro-fiction, alternate history and steam-punk, you quip, eyes askance with mischief: edgy sociopathic Sherlock Holmes with bipolar or obsessive /compulsive tendencies; flying aircraft carriers in Sky Captain and the World of Tomorrow, robot-like workers of Metropolis…

But what of the vision itself? History provides us with a panoply of realized predictions in speculative fiction:

In 1961, Stanislaw Lem’s novel Return From the Stars predicted the invention of the touch pad, iPhone, iPad and Kindle. The telescreens that monitored the citizens of George Orwell’s Oceania in his dystopian 1949 novel Nineteen Eighty-Four was reflected, twenty years later, in the first closed circuit TV (CCTV) installed in the United Kingdom. Almost a century before the Internet was conceived, Mark Twain alluded to the future of a global, pervasive information network. In his 1968 novel 2001: A Space Odyssey Arthur C. Clarke discussed a future where people scanned headlines online and got their news through RSS feeds. In his 1888 novel Looking Backward, Edward Bellamy describes a “future” society in 2000 where money is eliminated due to the proliferation of plastic credit cards. Other advances and usage of technology have been predicted in speculative literature, including personalized advertising, body scans, RFIDs, spy-surveillance, touch screen interfaces and gesture-based computing.

Are those past dystopian or utopian visions failed attempts at predicting a future that eluded their writers? Or is it a question more of defining vision in speculative writing? Ray Bradbury suggested that “the function of science fiction is not only to predict the future but to prevent it.”

There are, in most cases, no technological impediments to the flying car, the jetpack, and moon-bases; only cultural ones.  “These SF predictions ought to be viewed as visions of where we could be, as opposed to where we will be, or, keeping Bradbury in mind, visions of where we don’t want to go and, thankfully, have mostly managed to avoid to date,” says Steve Davidson of Grasping for the Wind. “Perhaps it’s all cultural,” he adds.

How and why is it that our contemporary view of dystopian and utopian speculative fiction has shifted from an open-minded imaginative acceptance of “predictions” nested within a cautionary or visionary tale to a knowledge-based demand for largely unattainable predictive accuracy?

George Orwell wrote his dystopian satire in 1949 about a mind-controlled society in response to the Cold War. The book was a metaphor “against totalitarianism and for democratic socialism,” said Orwell in his 1947 essay Why I Write, adding, “Good prose is like a windowpane." Was Orwell’s Nineteen Eighty-Four a failed novel because the real 1984 didn’t turn out quite like his 1984? Hugo Award-winning novelist Robert J. Sawyer suggests that we consider it a success, “because it helped us avoid that future. So just be happy that the damn dirty apes haven’t taken over yet.”

Dystopian and utopian literature, like all good allegory, provides us with scenarios predicated on a concrete premise. What if we kept doing this?...What if that went on unchecked?... What if we decided to end this?...

A hundred years before 1984, Edward Bellamy published Looking Backward, “a romance of an ideal world”. It tells the story of a young man who falls into a hypnotic sleep in 1887, waking up in 2000 when the world has evolved into a great socialist paradise.  It sold over a million copies and ranked only behind Uncle Tom's Cabin and Ben-Hur: A Tale of the Christ as the top best-seller of the era. Looking Backward laid out a futuristic socialism, or was it a socialistic future?

At any rate, it influenced a large number of intellectuals and generated an unprecedented political mass movement. The book spawned experiments in communal living and fed socialist movements that promoted the nationalization of all industry and the elimination of class distinctions. Bellamy’s book was cited in many Marxist polemic works.

Bellamy’s conviction that cooperation among humans is healthier than competition formed the basis of Looking Backward. He predicted a revolution in retail that resembled today's warehouse clubs and big-box stores. He also predicted a card system much like a modern debit card and people using enhanced telephone lines to listen to shows and music.

“Socialism, of course, had different connotations in the 19th century when it rose, principally as a backlash to the brutalities of industrialization and the exploitation of the workers by the ruling class,” says Tony Long of Wired Magazine. Bellamy’s socialism is perhaps best described as a syndicalism than what most of us think of as socialism today. Long somberly adds, “Were he alive today, Bellamy might note, with interest, that while the worst excesses of the industrial age are gone, the exploitation continues. Had Bellamy lived to the ripe old age of 150, he no doubt would have been disappointed to find capitalism running amok, and his fellow man no less greedy and self-serving than in his own time. But he didn't live to be 150. In fact, Bellamy was still a relatively young man when he died of tuberculosis in 1898.”

So, what happens when history catches up to the visionary?  In a foreward to a later printing of Brave New World years after it was first published, Aldous Huxley explained why, when given the chance to revise the later edition, he left it exactly as it was initially written twenty years earlier:

Chronic remorse, as all the moralists are agreed, is almost undesirable sentiment. If you have behaved badly, repent, make what amends you can and address yourself to the task of behaving better next time. On no account brood over your wrongdoing. Rolling in the muck is not the best way of getting clean.

Art also has its morality, and many of the rules of this morality are the same as, or at least analogous to, the rules of ordinary ethics. Remorse, for example is as undesirable in relation to our bad art as it is in relation to our bad behavior. The badness should be hunted out, acknowledged and, if possible, avoided in the future. To pore over the literary shortcomings of twenty years ago, to attempt to patch a faulty work into the perfection it missed at its first execution, to spend one's middle age in trying to mend the artistic sins committed and bequeathed by that different person who was oneself in youth--all this is surely vain and futile. And that is why this new Brave New World is the same as the old one. Its defects as a work of art are considerable; but in order to correct them I should have to rewrite the book--and in the process of rewriting, as an older, other person, I should probably get rid not only of some of the faults of the story, but also of such merits as it originally possessed. And so, resisting the temptation to wallow in artistic remorse, I prefer to leave both well and ill alone and to think about something else.

The Gritty Pearl and Financial Freedom My Writing is My Life