The Hero’s Journey: Part One, the Hero & the Journey 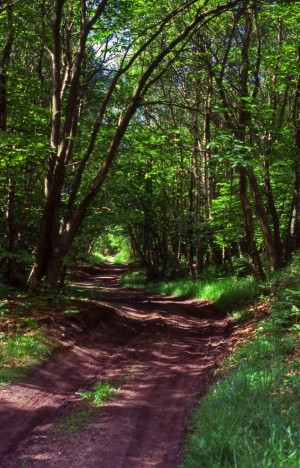 All stories consist of … common structural elements found universally in myths, fairy tales, dreams, and movies. They are known collectively as The Hero’s Journey — Christopher Vogler, “The Writer’s Journey: Mythic Structure for Writers”

“The Hero’s Journey” myth follows the three-act structure of the ancient Greek play, handed down to us thousands of years ago. Drawn from the depth psychology of Swiss psychologist Carl Jung and the scholar and mythologist Joseph Campbell, author of The Hero with a Thousand Faces, it duplicates the steps of the “Rite of Passage” and is a process of self-discovery and self-integration.

The Power of Myth & Archetype

Campbell recognized that myths weren’t just abstract theories or quaint ancient beliefs but practical models for understanding how to live. Ultimately, the Hero’s Journey is the soul’s search for “home”. It is a journey of transformation we all take, in some form. This is why the Hero’s Journey model for writing is so relevant and why it appeals to all readers.

Jung proposed that symbols appear to us when there is a need to express what thought cannot think or what is only divined or felt. Jung discovered reoccurring symbols among differing peoples and cultures, unaffected by time and space. He described these shared symbols as archetypes: irrepressible, unconscious, pre-existing forms of the psyche. Joseph Campbell suggested that these mythic images lay at the depth of the unconscious where humans are no longer distinct individuals, where our minds widen and merge into the mind of humankind. Where we are all the same.

The Hero’s Journey in Storytelling

Compelling stories resonate with the universal truths of metaphor within the consciousness of humanity. According to Joseph Campbell this involves an open mind and a certain amount of humility; and giving oneself to the story...not unlike the hero who gives her life to something larger than herself: "Anyone writing a creative work knows that you yield yourself, and the book talks to you and builds itself....you become the carrier of something that is given to you from … the Muses or God. This is no fancy, it is a fact. Since the inspiration comes from the unconscious, and since the unconscious minds of the people of any single small society have much in common, what the shaman or seer [or artist] brings forth is something that is waiting to be brought forth in everyone.” I call this tapping into the universal truth where metaphor lives. A story comes alive when these two resonate.

Vogler suggested that using the principles of myth, helps “create a masterful story that is dramatic, entertaining, and psychologically true.”

The Hero and the Journey

Heroes are agents of change on a quest. The hero is the ultimate altruist, sacrificing her life for the greater good. She is warrior and lover who slays the dragon of the status quo, so to speak. She enacts the ultimate in sacrifice in her quest to change the world (and/or herself). The hero’s task has always been to bring new life to an ailing culture, says Carol S. Pearson, author of The Hero Within. Julia Cameron reiterates this in her book, The Artist’s Way, when she describes the concept of art as a healing journey (not just for the individual but for a culture). This is because the writer/artist changes society by changing themselves.

Campbell describes a 12-step journey of the hero within 3-acts and influenced by five major archetypes (herald, mentor, threshold guardian, trickster, shadow and shapeshifter). Our hero starts her journey in Act 1 — in the Ordinary World — and will eventually separate from the Ordinary World in Act 2— entering the Special World, where she will transform through her many challenges. In Act 3, she re-enters the Ordinary World, changed, with her gift to the world. I’ll go into more detail about how you integrate other archetypes and the steps of the journey in “storytelling” in Parts 2 and 3 of this series.

For now, let’s concentrate on our hero and what her journey means to her. She begins her quest with one giant step. How does she do it? How does she muster up the courage and resolution to proceed (often against all odds) on a journey that promises only challenge and hardship. She does so because our hero, whether she realizes it or not, has faith in her quest (even if she may not have faith in herself).

In some versions of the Holy Grail quest, relates Pearson, the hero reaches a huge chasm with no apparent way to get across to the Grail castle. The space is too great for him to jump across. Then he remembers the Grail teaching that instructs him to step out in faith. As he puts one foot out into the abyss, a bridge magically appears and he is saved. Anyone who has left a job, school, one’s home town, or a relationship has stepped out into that abyss, separating them from the familiar world they’ve known.

Just as “the knights of King Arthur’s Round Table set off to seek the Holy Grail,” says Mary Henderson, author of StarWars: The Magic of Myth, “the great figures of every major religion have each gone on a ‘vision quest’, from Moses’ journey to the mountain, to Jesus’ time in the desert, Muhammad’s mediations in the mountain cave, and Buddha’s search for enlightenment that ended under the Bodhi tree.” The journey, and the abyss, is often not a physical adventure, adds Henderson, but a spiritual one, “as the hero moves from ignorance and innocence to experience and enlightenment.”

Here are the 12 steps of the Hero’s Journey:

I’ll talk about these in more detail and show you some examples in Part 3 of my Hero’s Journey series. Stay tuned for “The Hero’s Journey—Part 2, Archetypes” next week.

Learning to Love (Or At Least Not Hate) Poetry, Part I 7 Common Critiques From A Bay Area Writing Group