What Did You Do Before You Were Famous…? 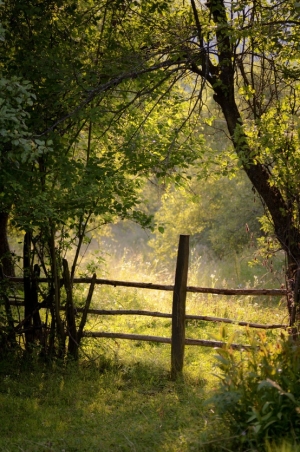 So, you’re a famous author now…

You’ve published several books and they sold more than a dozen copies each. In fact, a few have been translated and are in second printings. You’ve received some recognition and awards and a bazillion nominations. You’ve landed some speaking engagements with writing and reader groups and a movie producer is soliciting a treatment from you. You have a following…Fans who “stalk” you at the writer conventions you participate in. Fans who want to co-write the sequel to your current bestseller with you, because they understand your universe—and your characters—so well. You discover that some fans have gone ahead and written fan-fic about your main character and universe on the Internet—a sign of adoration. Really.

But you weren’t always famous…

When did the transition occur for them? It’s not that easy to peg and it isn’t that obvious. This is partly because, it depends on each writer’s own criteria for success and fame. Particularly given that many writers aren’t, in fact, seeking fame, per se.

However, what every career writer wants, which often comes alongside fame is this: autonomy and the ability to write for a living without having to sneak it in at midnight after you’re finished your “real” job.

No one is “born” a writer; most of us start out doing something else to make a living. In the meantime, we work hard on what we love and what feeds our souls and our passion: storytelling. We assiduously write on stolen time and submit queries and letters. We do research and marketing. We write drafts, do revisions, attend classes and read books. All hoping to eventually write full time.

You can read part of my story here on Scribophile in an article entitled “Still in Love”.

Let’s look at the humbling roots of some famed writers and what key moment signified their move into the light of career novelist:

Before his writing career blossomed, William Faulkner worked for the postal service, as postmaster at the University of Mississippi.

In his resignation note, he summarized the struggle of art and commerce faced by most authors: “as long as I live under the capitalist system I expect to have my life influenced by the demands of moneyed people. But I will be damned if I propose to be at the beck and call of every itinerant scoundrel who has two cents to invest in a postage stamp. This, sir, is my resignation.”

In a 1953 interview, J.D. Salinger shared that he had serve as entertainment director on the HMS Kungsholm, a Swedish luxury liner. He drew on the experience for his short story “Teddy”, which takes place on a liner.

An accomplished tenor, James Joyce made money singing for his supper before his work was published.

Stephen King was a janitor for a high school as he struggled to get his fiction published. His time wheeling the cart through the halls inspired him to write the opening girl’s locker room scene in “Carrie”, his breakout novel.

Harper lee worked as a reservation clerk for Eastern Air Lines for several years, writing stories in her spare time. A windfall came when a friend offered her a Chirsmas gift of one year’s wages and one year off to write whatever she pleased; she wrote the first draft of “To Kill a Mockingbird”.

Kurt Vonnegut managed Americas first Saab dealership in Cape Cod during the late 1950s, a job he joked about in a 2004 essay, “I now believe my failure as a dealer … explains what would otherwise remain a deep mystery: why the Swedes have never given me a Nobel prize for literature.”

T.S. Eliot worked as a clerk for Lloyds Bank of London. During that time, he composed “The Waste Land”.

Tom McCarthy worked as a nude model at an art school in Prague. He also tended bar at an Irish pub in Berlin, and fed waiters cat food as a sous-chef in a restaurant in Amsterdam.

Before he wrote 1984, George Orwell served as an officer of the Indian Imperial Police in Burma, where he was known for his "sense of utter fairness."

The Mind Palace Detaching from the Outcome