When Do You Know Your Story Is Finished? 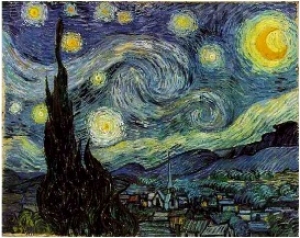 A student of mine once asked me how many drafts it took to get the final version of a story. I answered cagily: as many as you need. I wasn’t trying to be cheeky or elusive. In truth, this is a question that only you can answer; and it will be different with each story you write.

George Lucas once said in an interview about the remaking of Star Wars that in the film industry, projects were never finished; only abandoned. What he meant by this was that at some point in the creative and revision process of polishing a story, you have to stop and show it to the world. Let your baby walk and stand on its own.

This is a big step for all beginning writers and many will freeze. Terrified at the idea of failure or censure, they end up sabotaging their own work. If you’re emotionally or psychologically not ready for the consequences of getting published, then you will falter, procrastinate, forever fuss over your creations and convince yourself that it isn’t ready. In truth, it’s you who aren’t ready.

This is a shame because to have written an entire novel is a great accomplishment. You’ve already done what over 80% of those who embark on a book don’t do: finish it. To halt the process by entering a perpetual cycle of revision is admitting defeat when you have really won the major battle. It’s like that fatal stumble on the last leg of a homerun.

If the idea is to publish, then you need to give yourself a kind of deadline or goal, based on something that makes sense to you and is achievable. This could even include a time deadline.

Robert J. Sawyer’s response to the question of “when do you stop revising?” was “When you’ve taken out all the boring bits.” That may seem on the face of it either too simple or too abstract. But, in fact, he is right on the mark. However, to truly achieve that conclusion and consequently get your manuscript to where it is meant to be without you lingering like a frightened ghost, you need to accurately perceive what “boring” is. In order to do this you need to do several things.

The first is to gain objectivity of your work. You accomplish this by setting it aside for a while and letting it “breathe” (really, you’re letting yourself breathe). By distancing yourself a little from your work, you are able to return with a fresh outlook and read it more like a reader. Your “boring” meter will be running better this way and you will be in a better position to pick out redundancies, overly long exposition and detail, lack of context, “talking heads”, lack of action or tension, and confusing or awkward sentences. The other thing you gain with distance is the ability to describe your book’s theme and major plot. What is it really about? You need to reach the point where you can describe it in a couple of sentences or even a few words as you would describe a movie you like to a curious friend who hasn’t seen it yet.

Once you’ve gained some objectivity, you can critique each scene and each character for his or her plot purpose within that central plot and theme. You can also assess each sub-plot’s role within the major plot and theme. When every paragraph within every scene within every chapter of your story scintillates with purpose and meaning, you have accomplished your task of removing the boring bits. Now you have a story that is finished.

Art is self-expression and expression is a reflection of the culture and time in which you live. Stories are a snapshot of time and place. Treat your art like life; some revision is good but at some point you need to just LIVE. Let go of your work and move on to the next chapter.

10 Ways to Supercharge Your Poetry The Different Phases of Learning