Writing About Truth…and Other Lies 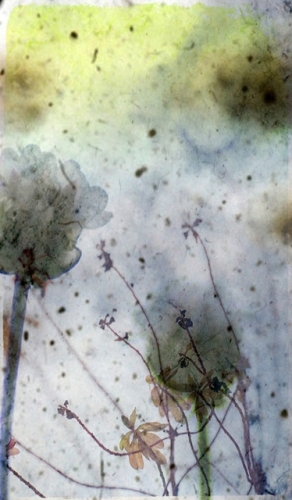 Some of you may be aware of the still running commentary on my previous article here entitled “Angels, Aliens, Atwood and other Archetypes”. The topic of ‘what science fiction does best as literature’ naturally evolved into a discussion on ‘how science fiction comments on “the truth”’. This is interesting in itself, considering that it is the genre of science FICTION.

So, what is it to write about truth?

So, what is it to write about the truth?

Here’s a bit of truth from New York Times reporter Stephanie Strom in an article on September 19th, 2012, entitled Uneasy Allies in the Grocery Aisle: “Giant bioengineering companies like Monsanto and DuPont are spending millions of dollars to fight a California ballot initiative aimed at requiring the labeling of genetically modified foods. That surprises no one, least of all the proponents of the law, which if approved by voters would become the first of its kind in the nation.”

Let’s dig a bit deeper into this truth: “companies behind some of the biggest organic brands in the country—Kashi, Cascadian Farm, Horizon Organic—also have joined the anti-labeling effort, adding millions of dollars to defeat the initiative, known as Proposition 37.”

Strom reveals even deeper truths when she discloses that these well-known “organic” companies are owned by larger conglomerates like Kellogg, General Mills, Dean Foods, Smucker’s and Coca-Cola. Other food companies who have thrown in funds to help defeat the bill for transparency include PepsiCo., Neslé, and ConAgra Foods.

At first glance it’s rather obvious why those fighting the bill are against it: they have something to lose in transparency. The question is, why do they think that way? These giant biotech food companies are feeding the entire world, after all, with revolutionary strains of super-plants. They are doing a great good, surely. Could it simply be a concern that they may lose some customers who do not wish to consume GE products but who are unwittingly doing so now? That is being dishonestly self-serving as well as short-sighted (the European Union has required biotech labeling since 1997—it’s just a matter of time).

Could it be the recent bad publicity from findings of the long-term effects of GMO products and Roundup on test animals? (See the incendiary paper by French and Italian scientists in Food Chem. Toxicol., referenced below).  Despite the barrage of bad press (wonder who’s behind most of that?), the paper’s results cannot be refuted entirely or ignored (if only from the basis of scientific inquiry and professional due diligence to do with Type II Error).

Or is it more insidious?

There is something far more insidious than a lie; that is to dissemble with a half-lie—or half-truth—a truth that veils a festering lie beneath its candy-coated mantle of equivocation. A “truth” so delicious that we want to believe it, even when we see the lie lurking beneath. Little lies always hide bigger lies.

For more than a decade, consumers in North America have purchased cereals, snack foods, and salad dressings, among other products, blithely unaware that these products contained ingredients from plants whose DNA was manipulated in a laboratory.

Here’s my witnessed truth: The aggressive multi-million dollar campaign waged by multi-national corporations against transparency in food labeling in the USA is the culmination of self-serving protectionism in a most heinous way. Their decade-long silence and current reluctance to label their products (and all this before the Seralini et al. study) points to a far greater lie.

Since the long-term toxicity study by Seralini et al. was released in Food & Chemical Toxicology last week, a massive campaign to discredit the study has been waged on the Internet. This despite the soundness of the 2-year study, its glaringly obvious results (e.g. test animals died 2-3 times more quickly than controls among many other findings) and the fact that it sets precedent by being the longest and most detailed study ever conducted on a herbicide and a GMO to date; all previous studies by Monsanto labs and others were only 90-day trials.

So, what is it to write about the truth?

I’ve been a practicing scientist for over twenty years. I did research and wrote papers that were published in scientific peer-reviewed journals. I diligently used the scientific method, hypothesis-testing, objective observation and appropriate statistics to back up my work. I also write articles for magazines, blogs and places like this site. I write short stories and novels. I write how-to books and guidebooks. And I write letters. Lots of letters. In all this, I have made a point to do my research. I try always to go to the source and verify my information through cross-checking, and various other quality assurance procedures I learned over the years to best represent and communicate the truth.

For instance, in writing this article, I perused many articles that presented both sides of the several issues I covered, including the source paper by Seralini et al.

Science is the rational tool for the pursuit of truth. This is why scientists are burdened to proceed under an objective protocol in their premise presentation, experimental design, methodology and interpretation and conclusions drawn. Because the introduction of error and bias is possible in each of these areas, researchers with integrity ensure through design and quality assurance protocol that these errors and biases are minimized. This includes the use of contols, sufficient sample size and statistical power, blind or even double-blind experiments and more. Experiments are reported with sufficient transparency to be replicated (an icon of good science). Once they are reported in a paper, results transform from science into politics. Objectivity gives way to agenda. Who are the politicians behind the "soldiers" of science and what are their motives? That is where the truth lies.

In the end, I have found that listening to the conviction of my heart, to my inner “soul wisdom”, best serves the truth. Then again I prefer the resonating hair-standing gut-grabbing truth.

A Piece of my Heart The Mind Palace