A Hero’s Journey: Part 2, Heroes and Other Archetypes 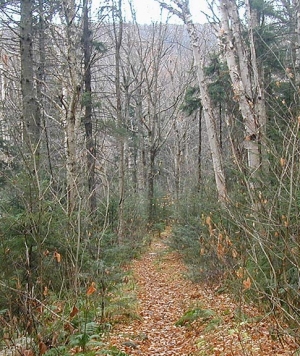 The world of fairy tales and myth is peopled with recurring character types and relationships. Heroes on a quest, heralds and wise old men or women who provide them with “gifts” or motive, shady fellow-travelers—threshold guardians—who “block” the quest, tricksters who confuse things and evil villains who simply want to destroy our hero and her quest.

Jung adopted the term archetypes, which means ancient patterns of personality shared by humanity, to describe these as a collective unconscious. An archetype models a personality or behavior; a mother-figure is an archetype. This is what makes archetypes, or symbols, so important to the storyteller. Archetypes are found in nearly all forms of literature, with their motifs mostly rooted in folklore.

Assigning an archetype to a character lets the writer clarify that character’s role in the story. Archetypes are an important tool in the universal language of storytelling, just as myth serves the overall purpose of supplying “the symbols that carry the human spirit forward.” (Joseph Campbell). Joseph Campbell went so far as to describe the archetype as something that is expressed biologically and is wired into every human being.

Christopher Vogler, author of The Writer’s Journey, lists the seven most useful archetypes for the writer.

The hero sacrifices his own needs on behalf of others. He provides a character for us to identify with and is usually the principal POV character in a story, with qualities most readers can (or want to) identify with. The hero “transforms” through her journey as she encounters other archetypes on her journey, whether it is a physical journey or a psychological journey toward “home” (salvation or redemption) through sacrifice. The true mark of the hero, says Vogler, is in the act of sacrifice: “the hero’s willingness to give up something of value, perhaps even her own life, on behalf of an ideal or a group,” and ultimately for the greater good.

Heroes may be willing or unwilling. Anti-heroes are notably flawed characters that must grow significantly to achieve the status of true hero. Often the anti-hero starts off more like a villain, like Tom Cruise’s character in Rainman. The wounded anti-hero may be a “heroic knight in tarnished armor, a loner who has rejected society or been rejected by it,” says Vogler: Aragorn in Lord of the Rings. The catalyst hero shows less of a character arc, but precipitates significant change or transformation in other protagonists. A good example is David Adams, in Ben Bova’s Colony.

The Mentor The mentor often possesses divine wisdom and has faith in the hero. He often gives the hero a “gift”, which is usually something important for the quest; either a weapon to destroy a “monster” or a “talisman” to enlighten the hero. A good example is in Star Wars, when Luke’s mentor, Obi Wan, provides him with his father’s lightsaber (Luke’s magic talisman).

Heralds announce the coming of significant change, whether the hero likes it or not (and usually they don’t). They deliver the call to adventure. The herald is a catalyst that enters the story and makes it impossible for the hero to remain in status quo. Existing in the form of a person, an event, or just information, they shift the hero’s balance and change her world.

In Star Wars, Ben Kenobi issues the call when he invites Luke to join him on his mission to Alderaan. The herald also provides the hero with motivation. In Romancing the Stone, the herald for Joan Wilder comes to her as a treasure map in the mail, and a distressed phone call from her sister.

The Shape shifter The shape shifter adds dramatic tension to the story and provides the hero with a puzzle to solve. They can seem one thing and in fact be another. They bring doubt and suspense to the story and test the hero’s abilities to discern her path. Yoda in Star Wars is a bit of a shape shifter, initially masking his ancient wisdom with a foolish childlike appearance when Luke first encounters him.

The monster under the bed. Repressed feelings. Deep trauma. A festering guilt. These all possess the dark energy of the shadow. This is the dark force of the unexpressed, unrealized, rejected, feared aspects of the hero and represented by the main antagonist or villain.

Voldermort in the Harry Potter series; Darth Vader in Star Wars. These are shadows and worthy opponents for the hero, bringing out the best in her and usually demanding the ultimate in self-sacrifice (the hero’s destiny).The shadow force, if internalized by the hero, may serve as a threshold guardian, to overcome; ultimately challenging the hero to overcome her greatest weakness and prevail.

Practically every Shakespearian play contains a jester or fool, who not only serves as comic relief but as commentator. This is because tricksters are usually witty and clever, even when ridiculous. The comedy of most successful comedians touches upon the pulse of a culture by offering commentary that is truism (often in the form of entertaining sarcasm).