Choosing Your Tense…and Keeping It 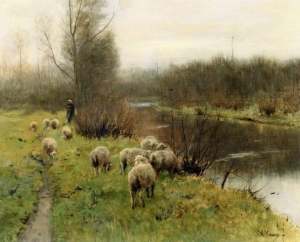 Have you taken the time to consider tense in your story? While most stories are told in the past tense (e.g., Vinnie ran out of the house), I’ve seen many written in the present tense (e.g., Vinnie runs out of the house). You see the latter more in literary and esoteric works, where the immediacy and dream-like quality of present tense is in keeping with the kind of story being told.

I write mostly genre fiction (e.g., science fiction, SF thrillers, historical fantasy, etc.) where the story-telling normally reads fast-paced. These read much better in the past tense. Stories which follow a more reflective tone can be quite powerful in the present tense. Some genre stories may even fall into this category. My short story, A Butterfly in Peking is one:

I scour the chaos for those fragments of memory, taped together by longing, and see her as she once was, as she always was. She was just my cousin, but when we were still children, she killed for me. Slew a man who charged at us with a knife, the one he’d used to kill our parents. When my brother was attacked and cried out, she flew to his aid and threw herself into a den of assault.

Then, when she pleaded for my help, I ran.

It was the revolution. I was just a boy, only ten years old. I know better. The revolution defined what I am. She faced fear head on, bravely pushed it aside and rose like an angel to the call. I let fear chase me to the depths of infinity. I wander infinity’s dark shores, stranded in that moment of agony, still hearing her screams and aching to fly. – Butterfly in Peking

In this example, the dark reflective nature of the subject matter and the narrator fits well with present tense.

In her series, The Dragon Quartet, Marjorie B. Kellogg alternates from “past tense” to “present tense” as she hops from one protagonist’s point of view to the other’s. This deliberate shift in tense between sections works very well. The key is that she is consistent and does this with deliberation and clear purpose.

In the manuscripts that I read for novice writers I often find what I call “uncontrolled shifting of tense” within a sentence or paragraph. Here’s an example from the University of Purdue Online Writing Lab, OWL:

“The ocean contains rich minerals that washed down from rivers and streams.”

Contains is present tense, referring to a current state; washed down is past, but should be present (wash down) because the minerals are still washing down.

Corrected: “The ocean contains rich minerals that wash down from rivers and streams.”

Keep the tense of your verbs consistent within a sentence, unless the second action takes place in an earlier time frame (e.g., Jack loves the house that Jill built for him). Shifting tenses within a sentence or paragraph is okay so long as you know what you’re doing.

Don’t Get Tense—Do Something About It!

The main tense in the example below is past. Tense shifts (shown in bold) are inappropriate:

Kathryn blushed. She appraised Jake’s showman’s eyes, his firm jaw and the loose smile he always wore. Her gaze traced his seamless brow, partially hidden beneath thick curls of chestnut hair. Yes, he is a knock out. She rises from her seat to greet him.

Is should be was, and rises should be rose. This kind of inappropriate shift from past to present is common with novice writing and hard to resist. This is because I (in an alternate universe) was drawn into the narrative and began to relive the event.

The main tense in the following example from the same story is present. Tense shifts—all appropriate—are indicated in bold.

His eyes sweep down his deformed and gnarled body. Angry scars encrust his livid hairless skin. He remembers colliding two days ago with her and her hand unintentionally brushed his thigh. She jerked back, blushing with the shame of not knowing how to avoid staring at him in revulsion. Then she rushed off before he could speak. Probably to the bathroom to wash her hand, he decides. She will be telling “monster” stories to her girlfriends. They will laugh and grown and steal a sideways glance at him then giggle.—Virtually Yours

I use the present tense to describe the appearance of the protagonist. However, both past and future tenses are called for when he refers to Kathryn’s previous actions and to her predictable activity in the future.