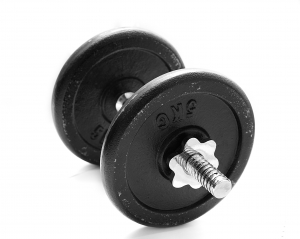 We often write about the current happenings in our lives, conscious or sub. For the last week or so, I have been working on cutting down a bloated 410-pager first draft to a sleek 300 (and I wouldn't argue with less). I am on a time-crunch, so the activity has been intense.

As with all experiences, mine bears gifts in the form of tips. But why are these tips even important? Don't published authors write behemoth novels all the time? True, but when you're a first-timer your package needs to be appealing before anyone even gets to the first word. For an agent, 80k words looks a lot more sellable than 150. Even Stephen King's first book was under 200 pages!

1) The first things to trim are backstories. We love to write them, not so much to read them. As we develop and breathe life in to new characters, we feel the need to tell about their lives and their experiences. I do not discourage this. They will influence the character's development and guide the author in crafting future scenes.

You can delete these pieces without removing their spirit, so to speak. For example, my main character is a middle-aged construction worker who skipped college to pursue acting. I spent about 10 pages on his Hollywood career: getting his first job, landing his first gig in an awful movie, and then the decline, regret, and surrendering that led him to begin the life he now leads. That background very much defined the character for the rest of the novel, but that part of his life has about a 1% influence on the current narrative. I cut it down to a mere page by pulling out the most important details. The essentials are there. Anything else that contributed to characterization hopefully comes out anyway in the character's mannerisms, dialogue, and present action.

2) If you question it, question it more! It's easy to recognize when something is a little off. Think about how often you question the writer's style or choice of words when you read for leisure. Maybe it's just that I'm my own worst critic, but I hardly ever stop and wonder about the quality of passages when reading established authors, while I do it quite often with my own writing. There might be a certain description, or passage, that you just aren't sure is necessary. You want to keep it, because you wrote it, and it's your baby, and that description really does show off your ability to manipulate words. I say passages that are truly good won't bring up question. Save yourself the trouble--and the room--and cut out the rest.

3) Combine, condense, and control! This that can be very easy to overlook, but once done can cut the words off like your favorite interruptor. Writing is a process, and during that process we think. More times than not, what we first put on the page is a reflection of our thoughts as they happen.

What does this mean? Well, I'll tell you. When describing events, characters, and places, you may end up repeating certain elements without even knowing it. Also, the first parts of sentences can be unneeded if you combine them and describe scenarios simultaneously.

"Todd stepped out into the hall. The vibrations were more intense here, the humming louder by the second. Todd had awoken to night-sounds before. A raccoon rummaging through the garbage can in the backyard or his parents up late, arguing."

"Todd stepped into the hall, where the vibrations were more intense, the humming louder . . . louder. He had awoken to night-sounds before--a raccoon rummaging through the garbage or his parents up late, arguing."

Of course, sometimes you might opt for the short sentences and longer descriptions choice, depending on the pacing and the mood that you are trying to set. But overall, watching out for these can trim the pages well.

4) That! Not huge, but can help the flow. A lot of sentences (that) we write can be edited so (that) they don't have too many thats. Try taking some out and see if the sentence doesn't still make sense!

5) Set limits! One time I had to submit a short story for a contest. My story was 12k words and the contest's limit was 8k. I went through the story multiple times, and with each I found a little bit more and more to trim. In the end, I only made it down to 8.5k, but my story was better because of the pressure.

6) Duplicate scenes. Being repetitive isn't limited to word choice. In editing my novel, I found multiple scenes where the same issues were being addressed, or scenes with settings and characters that were just too similar. Some I deleted, others I merged.

7) Dialogue. In your head, an interaction between characters might start off slow with the awkward convo-starters we use in real life. Unless it has a specific purpose towards your narrative, cut it! All dialogue should not start with: Hi, how are you? I'm fine, you? Oh, I'm not doing so well? Oh? Yea. What's wrong? I don't want to talk about it. Are you sure? Yeah. Okay, etc, etc, and so forth.

8) Preserve your cuts! I keep a little text file with big parts I've cut and what they are about. I might want to return to them later.

That all said, I'm going to go save some trees!