Formula and the 3-Minute Scene 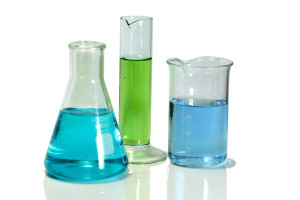 I never studied the craft of fiction when I was younger. I just wrote what I felt like writing.

My teachers were simply happy that I wrote, which for many kids was like pulling teeth. Usually this resulted in preposterous thrillers involving government assassins or street thugs. In college, I studied screenwriting, because while writing a book took forever, you could finish a full-length screenplay in less than a month. Still, my work was inconsistent, with an emphasis on style over content. A big fan of Stanley Kubrick, I emulated experimental and neo-impressionist storytelling as in 2001: A Space Odyssey.

Then, my professor literally smacked me on the back of the head. He was award-winning author David Gerrold, best known for his Star Trek teleplay “The Trouble with Tribbles,” and more recently for his novel adapted to film, The Martian Child.

“What’s your point?” he demanded.

I gave some bumbling explanation about symbolism and moods evoked through verisimilitude, in the vein of Kubrick.

“When you’re Stanley Kubrick, you can bend the rules,” he said. “Until then, just tell a coherent story.”

Contrary to the “write-what-I-feel-like” convention, Gerrold preached the discipline of formula. Formula packages a story and delivers it to audiences in a way they can easily grasp.

At first I found this loathsome, evoking everything I despised about TV sitcoms and predictable summer movies. But gradually, I understood its benefit. After all, even Pablo Picasso first had to learn the rules of line, depth of field and perspective before he challenged them.

A story formula contains these elements in this specific order:

If you’ve taken a creative writing class, you may have learned some variation on this. But if you haven’t taken a screenwriting class, here are a few things you may not know.

In a screenplay, you have formatting boundaries. Length must be between 90 and 120 pages, because one page equals one minute on screen, and distributors are wary of anything exceeding two hours simply because theaters can show fewer screenings of it per day. In addition, a 120-page script consists of forty 3-minute scenes, all of which follow the same formula rules. Every scene begins by establishing setting, then introduces (or re-establishes) a character, and presents a problem (or new element to a pre-existing problem). The character must confront it and resolve it until encountering some complication that hooks us into the next scene.

The 3-minute-rule in filmmaking respects the average attention span, ensuring that a scene doesn’t drag. It also exists for economic reasons, particularly for costs related to on-location shooting. If you can’t get your point across in 3 minutes, your scene may be too complicated. Or your plot devices may be weak. Either way, you risk angering your financiers.

If you haven’t already noticed, the structure of a 3 minute scene mimics that of a full-length story. A two-hour film is really just forty 3-minute episodes linking together in a strategic sequence.

Now, you may be thinking, this has no relevance to me because I don’t write screenplays. But don’t judge too quickly. Formula is defined by its ability to reach audiences. Consider the power of that! If you master formula, you will discover many strategies to better engage your readers.

While I haven’t written a screenplay in years, I still consider formula when analyzing fiction. J.K. Rowling’s novel Harry Potter and the Sorcerer’s Stone opens (setting) in present day England, where at Number Four Privet Drive Mr. Dursley begins to notice some peculiar things shortly before wizards deliver an infant to their doorstep. We meet our character in chapter two, where eleven-year-old Harry discovers his magical powers—constituting his problem, the realization that he is a wizard. Harry takes ownership when he defies his surrogate parents and goes to Hogwart’s School of Witchcraft and Wizardry. The flipover occurs when Harry reads about the Gringott’s break-in—he soon becomes personally involved with the magical world’s secrets. Rising tension ensues as he learns about the Sorcerer’s Stone and why evil wizard Voldemort may be after it. Finally, the story charges toward a confrontation between Harry and Voldemort; Harry triumphs (transformation) and learns something about the power within him that makes him unique.

Now let’s reexamine Chapter Two. It opens at Number Four Privet Drive (setting) where cruel Mr. and Mrs. Dursley bang on the door to the cupboard beneath the stairs. Harry (character) awakens to their demands to prepare breakfast. He lives in a perpetual state of emotional abuse (problem). The flipover occurs when the Dursleys debate whether to take Harry along to the zoo—and he notices their trepidation, recollecting moments of sudden hair regrowth and inexplicable leaps up the walls of buildings. Harry realizes his captors are afraid of him! Rising tension follows at the zoo when he sees a Brazilian boa constrictor wink at him. In the midst of an apparent psychic conversation, the glass on the tank suddenly vanishes (confrontation). Chaos ensues. The chapter closes with Harry banished to his room, but leaving him in wonder. He recollects strangers on the street behaving as if they knew him. Brooding in his lonely cupboard, he starts to realize (transformation) that he may be special, and that the world beyond Privet Drive holds a greater destiny for him.

What’s important to notice here is the relationship between story and chapter. Like the full story, every chapter (like the 3-minute scene) is a miniature story abiding by a uniform formulaic structure, evoking a transformation at its conclusion. This is known as plot arc, with roots in dramatic theory as defined by Aristotle. Link eighteen of these miniature stories together in a way that follows the sequential elements of formula and you have a novel. This provides symmetry and balance, making your novel exponentially more accessible. Average readers love this, and publishers typically demand it from first-time authors.

This may seem like a lot of technical jargon to digest. Don’t panic. Just the same, don’t feel there’s no choice but to sell out and write Lethal Weapon 5. Formula is a tool, not a rule. Play with it for a while. Got a story that confused readers before? Rewrite it in formula and see if more people grasp it.

I’ve only completed one screenplay abiding strictly by the rules of formula. But I look at it often as a reminder for structure. Since then I’ve toyed with various approaches. The epistolary novel. The journalistic approach. But I still ask myself, does my epistolary novel begin by establishing setting? Is the central protagonist introduced shortly thereafter? And is his/her problem evident by the ¼ way mark? I do this because I want my story to resonate with readers. I want to engage them, not elude them.

In the end, I believe storytelling isn’t about writing whatever you feel like (that’s what diaries are for). By definition, a story is intended for an audience. Formula is just a proven method of communicating a story, the way the inverted pyramid is the accepted structure for journalism. It doesn’t mean you compromise your content, art or innovation. But it does call for you to follow its rules.

That is, until you’ve gained enough prominence to break them.