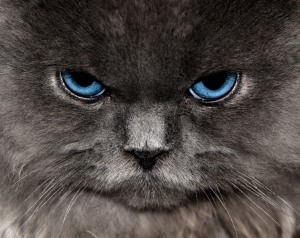 I just finished Game of Thrones, Book 1 of Song of Ice and Fire yesterday, and I'm freaking pissed. If you've read the book, or have watched the series (since they've stayed pretty true), you know what I'm talking about. I felt like writing myself into the last few chapters and lopping off the head of a certain incest-spawn. I'm sure I've experienced the deaths of important characters in other books, but I don't remember them hitting quite this hard.

This wasn't the only time I wanted to leap into the pages. Throughout the book there were times I hated certain characters so much, or was so angered by the fate of a character I'd come to like, that I had to put the book down for a little while. GRR Martin does a great job of telling a character's story, and making the reader relate. How does he do this? Simple, yet complex: he excludes perfection. And not just within his characters.

I've heard that the death of important characters continues on well throughout GRR Martin's series. At first, it may seem like a gimmick, that Martin is merely trying to stand out by being special. On the contrary, I think that Martin's main priority is to portray the variability of the real world. Sure, his stories include the undead and the occasional dragon suckling on a teenager's breast, but his characters are based in reality, and so are the fates that befall them.

Martin mentioned in his interview with Authors@Google that he wanted to show the difficulties that come with the throne. He feels that in fantasy a lot of authors have become cliche in suggesting that a good person will always make a good king. He mentioned that even with Tolkien (who he made sure to say he admires above all), there was an assumption that once Aragorn returned to the throne, all would be well in the world. Well, what about all the hard decisions Aragorn would have to make? What would his tax policy be? Just because he's moral doesn't mean he'd make a good king. In Martin's world, we see this early on with Robert. He's an overall good person, but he makes a pretty sucky king, and he knows it. And it's because the job is HARD.

After reading Game of Thrones, I'm starting to think the same about characters. In real life, a good person doesn't always make good decisions. In the same light, happy endings aren't guaranteed to those who are just, or who 'deserve it most.' In fact, sometimes irony makes it just the opposite. An innocent man can end up with life in prison while the guilty party runs free, and there is no referee to step in and say, no, this is not right, it must be fixed! Several times in Game of Thrones, Martin's 'good' characters make bad decisions, but they make them based on their sound morals and their particular point of view, so much so that you don't realize it was a bad decision until 1) something bad happens to them as a result or 2) someone else puts it in perspective.

What struck me with most about the deaths in Game of Thrones was how much I thought about the characters afterwards. GRR Martin gives his main characters such rich backgrounds and invites us along for so many of their ups, downs, and developments that when something bad happens to them, it feels like a real person has been lost. And I attribute this to the flaws of those characters. I think about the things of their past that they regret, or that are left unresolved, and am sad that they will not be able to fix those things. A character who is perfect all around will not evoke the same response, I don't think. They represent more of an idea, or a symbol, than real people.

Discussing the topic of killing off main characters reminds me of another perspective I heard not too long ago: in novels, readers don't want to spend hundreds of pages connecting with a character (or characters) and then not see a satisfying resolution at the end. While I agree with this, it is important for writers to remember that a resolution can be satisfying without the main character living 'happily ever after.' For example, when I read the event that shall not be named in Game of Thrones, I still had about one hundred pages to go. At first, I didn't even feel like finishing it! What was the point? But, of course, I did. While I was still saddened by the lost of the character, I saw that bigger things were in play, and it wasn't like the 'bad guys' hadn't suffered their fair share of punishment.

Another way to think of it is that Game of Thrones is the first of a series. I fully expect that at the end of book 7, there will be a conclusion that is satisfying. Not 'happily ever after,' but I do think it would truly be a travesty not to have the series end on a positive note. The death near the end of the first book might not have worked if that were the only book. As it stands, it acts as a mood-setter for the beginning of Book 2. And, frankly, to let the reader know that nobody is safe.

So what am I trying to say? Make your characters real. Make them flawed. Show us their ups, and their downs. You want to make your reader angry if something bad happens to them. Not because you killed off a perfect being, but because they can relate. Trust me, as a reader, it's a great feeling to have.