Letting It All Out: Sylvia Plath And Confessional Poetry

The term “poetry” is extremely broad. Currently, however, there seems to be a stereotype in which it is commonly linked with ideas of intense emotion, grave subject matter, and/or passionate love. In reality, poetry can have many forms, and throughout history has ranged from political agendas to religious topics to elaborate story telling. So why did this image of poetry as extremely introspective and emotive come about? 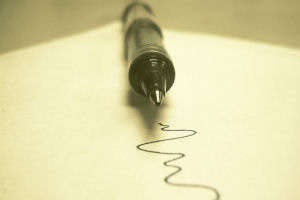 In the late 1700’s and early 1800’s the emergence of romantic poetry broke away from the notion that poetic form must be metered and rigid. And though it also seemed to bring about more introspective subject matter, it really wasn’t until the 1950’s and 1960’s that poetry emerged in which the poet divulged extremely intimate information. We call this genre “confessional poetry.”

One of the most famous confessional poets is Sylvia Plath, whose work is often autobiographical and strikingly personal. She’s well-known for her eventual suicide, and her poetry is often very open about her struggle with mental illness.

The poem “Daddy” serves as a prime example of Plath’s inclination towards heavy subject matter, and is good representation of confessional poetry in general. As the title suggests, “Daddy” can be seen as a response to Plath’s relationship and experiences with her father. Otto Plath died when she was eight years old, and in “Daddy” it appears as though Plath has developed somewhat of an Electra complex. However just as in many of her other poems in which her father is presented as the key figure, Plath reveals that she has somewhat mixed emotions towards his death.

One element of the poem that’s controversial but definitely intriguing is Plath’s use of Holocaust imagery. She portrays her father as a Nazi repeatedly throughout the poem, referencing his “German tongue,” “neat mustache,” and his “Aryan eye”. Herself she depicts as a Jew, even going as far as describing “an engine” that takes her off “to Dachau, Auschwitz, [or] Belsen”. Such imagery is employed in order for Plath to establish a sort of “oppressor-oppressed” relationship between her and her father.

Another aspect of the poem that reveals Plath’s attachment to and difficulty with her father’s memory is its nursery-rhyme like qualities and other childlike references. The first few lines of the poem read:

You do not do, you do not do Any more, black shoe In which I have lived like a foot…

Initially it is noticeable that the first line has a rhythm that reminds one of childlike babbling. The mention of living in a “black shoe” is an obvious reference to the popular nursery rhyme of the “old woman who lived in a shoe.” Furthermore, the rest of the poem is scattered with other childish phrases, as can be seen with diction such as “achoo” and “gobbleygoo.” Perhaps this is meant to simply be a reminder of the fact that all of Plath’s memories of her father took place when she was a child. But on a deeper level there is something somewhat disturbing about childish qualities presented alongside dark and serious subject matter such as Nazis and concentration camps.

What really makes “Daddy” a confessional poem is the insight into Plath’s own psyche, despite how troubling or unflattering it may seem. She reveals the immense impact her father’s absence has had on her life, even referencing her suicide attempts:

At twenty I tried to die And get back, back, back to you… But they pulled me out of the sack, And they stuck me together with glue.

The poem additionally admits that Plath tried to replace her father with her husband, Ted Hughes. She describes him as “a man in black with a Meinkampf look” (comparing him to the previous Nazi image of her father) and also as “the vampire who said he was you”. Plath shows no apprehension in exposing even the most intimate aspects of her life, which is what makes her poetry so powerful.

“Daddy” is most effective when read in its entirety, and it can be found in one of Plath’s collections of poems entitled Ariel. The collections contain an extraordinary amount of poetry considering Plath’s short life (she died at age 30), and she is one of the most popular confessional poets to this day. Confessional poetry, thanks to poets such as Sylvia Plath, offers an emotional outlet and a powerful experience for its readers and writers alike.