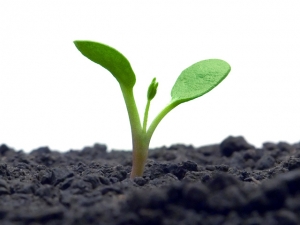 Classic, but it isn't that simple anymore. Beginnings can be one of the hardest things to write, and sometimes the most important. I hesitate to use the word 'important', as it implies that other parts of a story are expected to be written with less care. This is not true. It is true, however, that no one will get to your fantastically engaging middle or shockingly life-changing ending if they aren't hooked from the start. Unless it's your mother. Well, unless it's your mother and your name isn't Justin.

A good beginning can seem counter-intuitive at times. The natural urge is to set up your characters and the scene before getting to the conflict. You're the creator, and ultimately you are going to care about your characters more than anyone else. You want to get to know them before you just thrust them in to harm's way. For this reason, I'd even suggest that when starting out, you don't immediately go for the over-the-top intro. You can start with a burning building and I'm sure the skin-boiling flames will be the most interesting thing in the world, but do you know your character well enough to accurately depict their actions? What life or death decisions will they make? Will cowardice or courage lay the path? Getting cozy with your characters can help make the dramatic scenes that more enticing, and ensure you don't forget about bringing out the superstardom of your cast.

I suggest writing your story in a way that is natural to you and then worry about the intro later. In my completely limited experience, the best intros are written with the ending clear in the author's mind. For you, that just may not be the case when you sit down to write the first words, which is okay. Later you can cut out a lot of the initial scenes which probably consist of only boring dialogue and backstory and move your beginning closer to the main conflict. All the character development and plot points you just snipped can be condensed strategically placed in the narrative surrounding this conflict. Usually you'll find that you can turn a 3-page scene in to a one-paragrapher and still retain its significance to the story.

That being said, I'm not a fan of false beginnings. To be clear, this is when the author presents and opening dilemma solely for the purpose of establishing a hook. The result? The reader is left feeling confused and a little cheated when they find themselves in boring land for the next 100 pages or so while the plot builds to the REAL conflict. No one wants to spend the whole book wondering when that first chapter will gain some significance. The conflict you initially present should remain the conflict (or a part of it, at least) throughout, even if the intensity wans.

Here are a few tips for crafting good beginnings:

1) In the first paragraph--hell, the first sentence--the reader should know there is a problem that needs to be solved. Think about it. What keeps you wanting to not put down a book? You want to know what is going to happen. More specifically, you want to know how the hell the main characters are going to get out of the current situation. Starting your book with a plain conversation in a grocery store isn't going to make anyone wonder anything besides maybe how a box of organic eggs could only cost a dollar.

2) Prioritize character over action. This shouldn't be much of a problem if you've gotten to know your characters. Along the way be sure that with everything that happens, your characters are reacting in a way unique to them. This way you keep your ending from being cliche, even if the premise isn't necessarily original.

3) Don't forget the scene. Don't get so caught up in details of characterization and plot that you fail to establish a visual. If your reader can't imagine the setting, they won't be on board.

4) Think about the most interesting thing of your story. Figure out a way to incorporate it in to your beginning. The very beginning. Anything else is unnecessary.

But in the end, as I said, beginnings are hard. You have to go from nothing to awesome in two sentences. Maybe one. It may take a while.