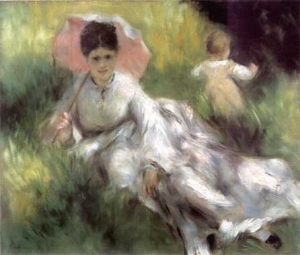 When I first started writing stories — many more years ago than I care to admit — I knew that I was a poor speller, had generally bad syntax and often misused grammar. Someone, who believed in my capacity to tell a good story, despite my shortcomings in delivery, handed me a slim copy of Strunk and White’s classic guide The Elements of Style.  This elegant 105 page book includes elementary rules of usage; elementary principles of composition; a few matters of form; words and expressions commonly misused; and an approach to style.

It is “…still a little book, small enough and important enough to carry in your pocket, as I carry mine,” said Charles Osgood. And it has helped me out of a few messes. Let’s look at some examples of commonly misused words and expressions. These words and expressions, Strunk and White tell us, “are not so much bad English as bad style, the commonplaces of careless writing.” Being mindful of our language and our style can often make the difference in a publisher’s or editor’s perception of our professionalism.

Here are some of my favorites, in some cases more because of Strunk and White’s pithy comments than from the actual utility of the advice. Have you used any of these?

Allude: not to confuse with elude. You allude to a book; you elude a pursuer.

Allusion: easily confused with illusion. The first means “an indirect reference”; the second means “an unreal image” or “false impression”.

As to whether: whether is sufficient.

Compare: to compare to points out the similarity between objects regarded as different (as in most metaphor); to compare with points out the differences between objects that are similar. For instance, life may be compared to a pilgrimage;  Paris may be compared with London (another large city) but compared to a movable feast.  Nina: some modern linguists consider these interchangeable and do not distinguish the metaphoric elements of comparison. I concur with Strunk and White.

Comprise: literally means embrace. A zoo comprises mammals, reptiles and birds — because it embraces or includes them. The animals do not comprise a zoo — they constitute one.

Disinterested: means “impartial”. Do not confuse with “uninterested” which means “not interested in”. You bring in a disinterested (impartial) person to judge a dispute; another may be uninterested (couldn’t care less) about the dispute.

Effect: noun means “result”, and as a verb means “to accomplish”; not to be confused with “affect” which means “to influence”.

Finalize: called a pompous and ambiguous verb by Strunk and White, I must confess using it many times in my other life as a consultant in business. Every segment of our society adopts its own vernacular of offbeat, “jargon” words and expressions that are regarded to help the flow of business. Another example that comes to mind is the use of dialogue as a verb. When using vernacular of any kind, be mindful that it is appropriate to your character, situation and story.

Imply/infer: not interchangeable. To imply is to suggest or indicate but not overtly express; to infer is to deduce from available evidence.

Interesting: Strunk and White suggest that this is, in fact, an uninteresting word, given that it tends to label and “tells” rather than letting the writer “show”. For instance, instead of using “an interesting tale of …” avoid the preamble and simply make it interesting! Let the reader judge. Telling them won’t make it so. This applies also to any letters you write to publishers and editors; avoid telling them your story is funny or interesting. Show it in your description.

Nice: means everything and nothing. Use it sparingly and judiciously with intention; in other words, to be purposefully vague as in conversation. Strunk and White define it as a “shaggy, all purpose word”.

One of the most: Strunk and White define this phrase as a “feeble formula”, that is threadbare, invites cliché and adds little except words to narration.

Personalize: Strunk and White dismiss it as a “pretentious word, often carrying bad advice. Do not personalize your prose,” they say, “simply make it good and keep it clean.” I agree. It falls under jargon.

Prestigious: “it’s in the dictionary, but that doesn’t mean you have to use it,” say our prestigious experts. Sorry … couldn’t help myself.