The Pitch: An Intro To The World of Agents, Editors and Publishing, Part 3

While passing through Barnes and Noble the other day, I arrived upon something of a paradox in American media. As far as we’ve come as a free society, we’re really not communicating very much. By that, I don’t mean we’re not reading, watching, or listening to as much as we should. We simply lack an abundance of new material.

Picture yourself walking the tract of green carpet from the Travel section over to the Fiction aisles. What’s there?

Eat, Pray Love and Harry Potter stacked on a display table subsidized by Penguin and Scholastic. Turn the corner and you find Harper Perennial reprints of Cervantes and Raymond Chandler. Then, hundreds of others crammed on shelves, spine-side-out, with little chance of being seen unless a customer is looking for that particular title. I asked the girl at the counter if they carried Fossil Hunter by John Olson, an up-and-coming author I met last year. She’d never heard of it. And it dawned on me that even if I did manage to publish a book, it’s still not enough to convince anyone to read it. 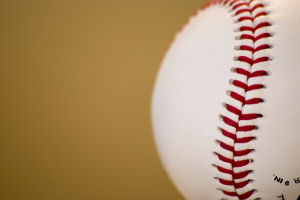 I’ve been pondering this as I rework my pitch in yet another query letter persuading agents to review my novel. (And although I was tempted to write another “how-to” article, I felt it’d be deceptive considering I’ve found limited success with my pitch thus far).

That’s what it comes down to, after all. A pitch. Along with your one-page query, an agent uses it to decide whether any portion of your story is worth reading. And not to scare anyone, but the decision’s probably not made after the full page. It’s more like in one sentence.

Think of it like an inventor who’s created a new product. Alexander Graham Bell probably stood in front of financiers with his one-sentence pitch.

“It’s an electrical device that can record and playback sound.”

Essentially, he explains how his product is useful to consumers and different from its alternatives—all in one sentence.

A story pitch shouldn’t be very much longer either. It’s the crux of your plot, giving emphasis to the unique hook or angle. It doesn’t necessarily involve the twists that are employed, what inspired you to write it, or any such other minor details. The pitch is about raising someone’s eyebrow, piquing curiosity, and triggering their desire for more.

“It’s about a murdered girl who must watch from heaven as her family grieves and her killer plots to strike again.”

How about Sara Gruen’s Water for Elephants?

“It’s about a med-school dropout in Depression-era America who joins a traveling circus.”

Notice how in one sentence there’s not room for much except a character, a problem, and a hook. A character—even if you have several. A problem—even if many obstacles exist. And the hook—the innovative angle making your story unique. To be blunt, I recommend paying close attention to the hook. Lovely Bones is gripping not because it’s about a murderer or a grieving family, but because it’s told from the victim’s perspective in the afterlife.

The key is differentiation. Thousands of thrillers, romances, and coming-of-age stories have been done before. What fresh angle do you bring? Imagine a company trying to make it in business. We sell coffee. Yes, that’s fine. But how is your coffee going to compete with Starbucks? Agents want to know how your book will hold up against others—the new bestsellers like Eat, Pray, Love or classics like Don Quixote. They want to represent books with enough brawn to hold up on a display table.

One day you may pitch to an agent. This might happen via query letter. Or it may happen face-to-face on an elevator with a Random House editor. So prepare a gripping one-sentence pitch, because your chances are about as good as some customer impulse-buying that novel crammed on the shelves at Barnes and Noble after perusing its back cover.

A few things to keep in mind:

Now, put it into practice. Whether on this site or in other circles, grasp the power of a good pitch if you want more critiques on your work! Consider how you “Browse” and see hundreds of works to choose from. It’s really no different that Fiction aisle. It’s no surprise that writers with stronger pitches have a better chance of getting read!

As I left Barnes and Noble, I didn’t feel any injustice with the success of Elizabeth Gilbert, Alice Sebold or Sara Gruen. But it gave me an idea of who I stood against. And while publishers still aren’t distributing new material frequently enough, I know that bookstores can’t afford to carry much more than bestsellers or classics these days. So as I return to the daunting task of submitting queries, I remind myself that I still don’t know any secret to convincing a reader to choose my story off a cluttered bookshelf.

But perhaps the trick is aiming for the display table.

Previous parts in this series:

Yes, But Do You Want Anyone To Read It? An Intro To The World of Agents, Editors and Publishing, Part 1

How Do I Know If My Idea Will Sell? An Intro To The World of Agents, Editors and Publishing, Part 2