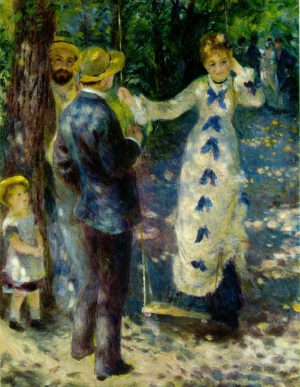 “The common definition of plot,” says Ansen Dibell, author of Elements of Fiction Writing: Plot, “is that it’s whatever happens in the story.” But, “it doesn’t tell you how to make one,” he adds. “Plot is built of significant events in a given story—significant because they have important consequences.”

Dibell describes plot as a tapestry of pattern, form, shape and color that share recognizable meanings. And subplots are the threads that make up the story’s fabric. Parallel plots, braided plots … even the terms reflect a flowing river. This is an apt metaphor, particularly given that, as Dibell reminds us, “plot is a verb.” It is the engine that moves the story.

Subplots are more common in long fiction, where they are used to deepen a story and add layers that make it more intriguing and tease out more depth to the story. Subplots may provide varying aspects of a theme, from community to individual as played out by different characters. Ultimately, subplots and how they are crafted, provide the writer with the means to transcend plot into what Dibell calls pattern.

Dibell describes “braided” plots, in which two or more subplots are woven together, and parallel plotlines, in which two plots share almost equal footing. This happens when strong protagonists carry each plot. Parallel plotlines often run counterpoint to each other in pace, tone and color. Each plot becomes richer and stronger when contrasted with the other. And they are always connected in some way, in many ways.

In Matrix Reloaded, Neo’s introspective and thoughtful plot with the architect of the matrix runs counterpoint with Trinity’s action plot as she sabotages the matrix and battles an agent. Both demonstrate conflict and tension but the tone and pace are opposite. This contrast only heightens each plot line.

Notice also how the two plot lines are connected and eventually converge in the final scene where Neo saves Trinity’s life by restarting her heart. Earlier on in, while Trinity is totally engrossed in her problems, Neo becomes aware of her struggle through the architect’s artful hint; this prompts Neo to choose his path to join her plot. His awareness is the bridge between the two plotlines. If you look carefully, you will find many other ways the two plotlines are connected, visually, mentally and viscerally and how they inevitably draw together in that riveting last scene; “how thoroughly,” Dibell says, “the story belongs to itself.”

Mirrored Pattern on the Wall…

Scenes, characters, and plots can be mirrored. It starts with identifying two situations that can be tagged for connection and built-in recurrence. Mirrored plots often run as double stories concurrently or through alternating flashback narration. Good examples include The Empire Strikes Back, Wuthering Heights and Lord of the Rings. My short story The Arc of Time used a double plot set 40,000 years apart, one played out with real characters and the other in the form of e-letters between two lovers. Both plots converged in the end.

Mirrored plots are achieved by setting up pairs of opposite and/or complimentary scenes that share emotional resonance.

Ultimately, the pattern that develops forms a moving story that has rhythm and cadence.

In short, nothing should happen at random. Plot should stem from “character under adversity” often with an urgent personal agenda. The plot of a story synthesizes the individual character subplots and subthemes and resonates with the overarching theme.