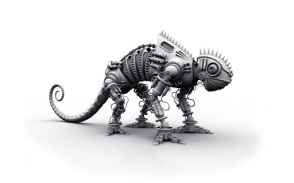 Science fiction and fantasy, in their purest forms, are easy to tell apart. Spaceships is sf, dragons is fantasy. But at the same time, they're also a continuum and they share fuzzy and contested borders, which are constantly drawn and redrawn in the ongoing attempt to divide the impossible from the improbable, or to separate the traditional from the modern, or to distinguish between the respectable and the vulgar. The border is not a sharp dividing line, but a vast and fertile delta.

The Crossing the Streams contest is about disrespecting the boundaries, about inhabiting that territory.

Style, tone and technique are up to you. You can do sf with a dash of fantasy or vice versa, try for a balance of both, go full-on gritty mythpunk or do comic science fantasy. It's a BIG territory, so don't stop at the first obvious thing, like a spaceship which is also a dragon or a wizard who has a time machine. (That would be a bit... touristy.)

No matter what tropes or archetypes you're throwing in the blender, the core of the genres is in the emotional responses they are meant to evoke: wonder, awe, yearning and mystery. That's what science fiction and fantasy have in common, and that's why your asteroid-mining fairies and mecha with seven-league boots (or y'know, whatever) are going to work.