How To Write Great Dialogue 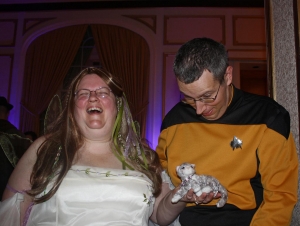 Dialogue spices narrative and increases pace because it is read more quickly; is pleasing to the reader’s eye and gets readers involved. Dialogue is action. Five tools for achieving relevant and exciting dialogue include showing not telling; simplification; voice; interactive devices, and use of narrative.

Defining Dialogue and its Purpose in Story

Good dialogue neither mimics actual speech (e.g., it’s not usually mundane, repetitive or broken with words like “uh”) nor does it educate the reader through long discourse (unless the character is that kind of person). Good dialogue in a story should be somewhere in the middle. While it should read as fluid conversation, dialogue remains a device to propel the plot or enlighten the reader to the character of the speaker). No conversation follows a perfect linear progression. People interrupt one another, talk over one another, often don’t answer questions posed to them or avoid them by not answering them directly. These can all be used by the writer to establish character, tension, and relationship.

The writer uses dialogue to move the story along, increase tension and speed up pace. Dialogue helps define setting, characters and objects. It allows characters to confront each other and crystallizes relationships and situations. Dialogue can effectively deliver a punch or blow in a conflict. It can cue into a transition to a new scene

Beginning writers commonly use dialogue to explain something that both participants should already know but the reader doesn’t. It is both awkward and unrealistic and immediately exposes the writer as a novice. Writers should avoid the use of “As you know…” It’s better to keep the reader in the dark for a while than to use dialogue to explain something. On the same note, characters should talk to one another, not indirectly to the reader through polemic or long dissertation and exposition.

Use Relevant Tag Lines and Reduce Them

When using tag lines for dialogue, take care to avoid the use of redundant tag lines. For instance: “I’m sorry,” he apologized; “Do you have a dog?” she asked. The primary purpose of a tag is to establish who is speaking, not necessarily how; the how is usually achieved through the actual speech. Novice writers tend to avoid “said” and replace with creative but distracting verbs (e.g., snarled, hissed, purred) or add excessive speech modifiers (e.g., he said pleadingly or he said dramatically). Instead, look for ways to express the way they said it in actual dialogue. Let the dialogue speak for itself. In the example—“He can’t be there!” she said in disbelief—disbelief is unnecessary because the dialogue already shows it. In truth, most professional writers use said and let the dialogue do the talking.

Each of us develops our own idiosyncratic way of speaking, based on our ethnic background, the community or region we grew up in, our education and the circles we frequent. Writers can create a character’s distinctive “voice” by introducing a unique vernacular to each character. This can take on the form of a certain repeated phrase, a body movement (itself a “language”), a stutter or speech intonation or accent. For instance, I know a person who adds “don’t you think?” to almost everything he says. This says something about how that person thinks. Another person I know uses “do you see?” at the end of his phrase. Again, rather revealing. The writer can add additional depth to these specific traits by linking them to metaphor.

People often don’t respond directly to questions posed them. This may be due to them avoiding the question or excitement or rudeness. The writer can make use of these as devices to enlighten the reader on theme, plot and character, while making the conversation more interesting and realistic. People cut each other off or talk over one another all the time. You can incorporate this into your dialogue to achieve a note of hastiness, abruptness, nervousness or panic.

Many beginning writers forget to “ground” the reader with sufficient cues as to where the characters are and what they’re doing while they are talking. This phenomenon is so common, it even has a name. It’s called “talking heads.” As writers we must achieve a balance between a lack of setting, which disorients the reader, and info-dump, which halts conversation and slows pace considerably. Narrative can also be used to contradict what’s actually said through body language or by simply telling the reader. My previous article “Using the Subtext of Body Language in Storytelling” discusses ways you can use body language to reveal subtle undercurrent of communications between characters, the comic or tragic elements behind dialogue, and a character’s true feelings. Here are some examples:

“Yes, I feel so much better now,” she said, jaw clenched.

Well, you get the picture. Hey! I just revealed myself as a visual thinker!