Genevieve Graham is a three-time published author with Penguin US, and she credits Scribophile for a great deal of what she learned along the way. She also runs a successful editing business, Writing Wildly Editing Services, and has edited over three dozen books for novelists worldwide. You can find her author website here.

I’m writing this article in the First Person Narrative (Point Of View). That means I am going to tell you how it’s used from my perspective, and how I personally use the device.

In contrast, I could write this article in a Third Person POV, meaning I’d say something like, “This article is written from the third person narrative to demonstrate how the author uses the device.”

One of the first lessons I learned about writing effectively was that in order to engage the reader, I had to put myself directly in the story. Well, what could make a story more inclusive than by writing in First Person POV? After all, it’s all about me!

The prevalent pronouns used in First Person POV are: I, me, my, mine (singular), and we, us, our, ours (plural). The narrative follows the line of “I did this,” or “he held my hand.” That’s why this method is often a favorite device for debut authors.

First Person POV emanates from the main character of a book, or from a close associate (think of dear Dr. Watson in Sherlock Holmes). Often it’s used in memoir writing, where the story must obviously be told from one central perspective. First Person POV allows the reader to get deeply rooted in the character’s head and thereby achieve a tighter emotional connection. To make the connection even stronger, the character lets the reader in on secrets that no one else knows.

The trouble is that when you decide to go this route, you and your readers are limited to that one perspective. It can be done effectively, but it can also become very insular. Writing in this style can easily evolve into “stream of consciousness,” and that’s a tricky business. When done well, there’s really nothing that can compare to beautiful stream of consciousness writing. I’m thinking right now of Angela’s Ashes by Frank McCourt (because I just finished reading it), though there are many other examples. When done poorly, stream of consciousness can fall completely flat.

With this POV it’s important that the author narrate the story through actions as well as dialogue. Your character must not only stay involved and engaged with what’s going on around them, but they must also stay consistent in their reactions. The problem is that if the author is inexperienced and not well enough acquainted with the “Show vs. Tell” concept, the opposite can happen: the reader can become bored and feel trapped within the narrative.

For this reason, try not to overuse the word “I” when you’re writing First Person POV. Especially if you’re prone to using “I” at the beginning of a sentence. There are ways around this kind of repetition. For example,

I love that particular flavor of ice cream …

could also be written as:

That particular flavor of ice cream is a favorite of mine.

I know this room …

could also be written in the passive voice as:

This room is familiar to me.

Even though the author is writing in the First Person POV, a story can’t be solely about one person. It’s about how that person reacts to who and what is around them. The difficulty many people face when using First Person POV is including the other characters’ thoughts and reactions. When you write in first person, you have to remember you’re writing in your character’s voice, not your author’s voice. Your character can’t possibly know for sure what’s going on in the other characters’ head.

He walked away from me, his head tilted slightly as he thought about my question.

He walked away from me, his head tilted slightly as if he were considering my question.

How could your character possibly know what he’s thinking about? Maybe he’s wondering what to have for supper or what time it is. While the author might know the answer, the main character cannot.

Some authors like to switch from First Person POV to Third Person POV, and doing that can open up an even wider scope for both the author and the reader. But if this is done too often, or too close together (as in every other paragraph), the technique can drive a reader nuts. How can the reader connect to any of the characters if they’re repeatedly yanked out of their heads? If you’re drawn to writing in this style, consider separating the sections and labeling them. That might give the reader the opportunity to change their headspace before diving in again.

This technique demands that the author keep the main character’s personality in mind at all times. Think background, culture, education, etc. If you’re talking from the perspective of a lobster fisherman, he’s probably not going to wax poetic about classical music. I mean … he might, but only if he’s an exception to the rule. If your heroine is prim and proper, she’s probably not going to revel in the sight of muddy boots treading across her clean floor, and she most likely won’t talk with potty mouth.

When done right, First Person POV can create a compelling, emotional story—sometimes even stronger than a story written in Third Person POV—because the character and reader are connected through an intimate, one on one communication. The most important—and most difficult—part of writing in this style is creating a character who is deserving of the readers’ attention. If you don’t, it’s easy for a reader to get bored and set your book aside. If you do, it can be magic. 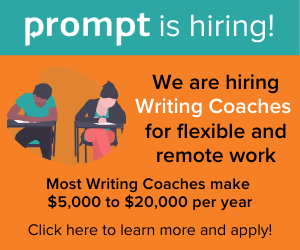